There is no doubt that Calvaria is set to become the new best thing, not only in the crypto gaming industry but also in the crypto world. Calvaria is one of the most exciting projects currently in the finishing stages of its presale, and it has already caught the eyes of many investors. The team behind the game has announced that the fifth stage of presale will be it’s final. All the previous stages were more than successful, and the raised amount is more than enough for a project to continue its road map.

There are many aspects and reasons why this game has blown up the crypto market so successfully, so let’s dive into why this is the opportunity any crypto investor must not miss out on. 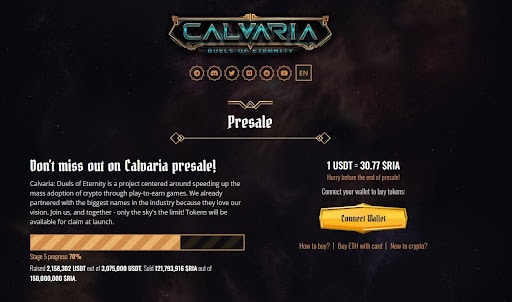 What Is Calvaria and Why Is It So Popular?

Calvaria is a new battle card game that is free and available for everyone. It is a fun game that is currently hitting the market with an astonishing successful presale that is in its final stages. The game comes in two versions, free and P2E, and players of the free version will be able to switch to the P2E version at any point. The game developers and the team behind the project have decided to seize the unexplored market of new potential P2E players by allowing them to get introduced into a crypto gaming world by playing the free version.

All players will be able to keep track of their potentially earned money while playing the free version, and at any point, they will be able to engage in the P2E version. This will allow Calvaria to grow beyond the present crypto gaming market. 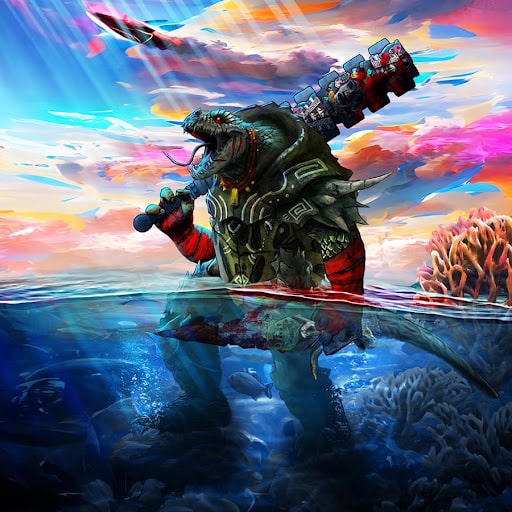 It Is a Fun Game That Will Keep the Players Engaged

In order for any game to be successful, it has to be fun and engaging for players, and Calvaria is exactly that. In Calvaria, players will compete in tournaments by using cards with different characters on them. All characters will have different sets of abilities, so players will have to use in-game tactics and strategies to beat the opponents with their cards.

People who have already played the game love it, which is one of the main reasons why the presale of the game’s native coin, $RIA, is fast approaching the end of its presale.

A fun game to play is not all that one P2E game needs to have, even though this is an important part. To take a P2E game to a new level, the game needs to allow its users to earn money in different ways. In Calvaria, users will be able to achieve different kinds of rewards and earnings depending on their preferences. Someone who likes to compete with other players can engage in tournaments or battles, while others who prefer to play on their own can play a single-player campaign. All options will bring players rewards and upgrades that will help them to earn even more money. 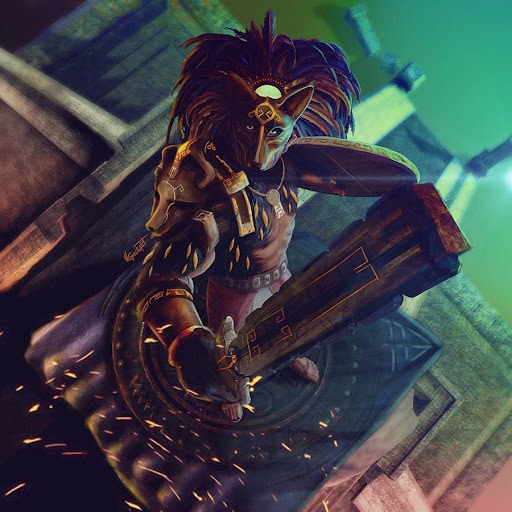 All Players and Investors Will Own Their Assets

One of the biggest advantages Calvari puts before its players and investors is that users will actually have full ownership of their digital assets within this project. So if you earn or buy NFT assets, skin, upgrades, or potions in the game, it will be within your ability to do whatever you want with it. Players will be able to sell their NFTs on third-party exchanges like OpenSea or Raribile. This is another great investment opportunity, but this is not the end.

The native token of the game, RIA, is the currency that powers up the whole game. For example, players will be able to purchase NFT cards with RIA, which will give them an upper hand in the battle, giving them a greater chance of winning the tournament. Also, RIA is currently in the final stage of its presale and will be available to all its owners at launch and make a huge explosion on the market you must not miss out on.

Buy Calvaria Now, and Don’t Miss Out on This Investment Opportunity

Calvaria is one of the unique games on the market that will have millions of potential players that have never engaged in P2E games before. This will lead to a huge explosion of RIA tokens and the game itself. Also, the game will be available not only on PC but as an app on mobile phones, another market of players this game will conquer.

The team behind the project has truly thought through each aspect of the P2E games. They overcame and improved the traditional crypto game point of view by adapting the game for a new unexplored market that is just waiting to be introduced to the crypto world.

RIA has already raised over 2 million dollars, which shows the huge interest investors have in this project regardless of the ongoing crypto winter. Currently, only 30% RIA is left, so hurry up and don’t miss out on this amazing opportunity.