this metaverse crypto continues to rally through presale as expert predict coin will explode in 2023
Blog,Cryptocurrency,Gaming,Investments,News,Price Prediction

RobotEra (TARO) is a new metaverse crypto that’s turning a lot of heads in the early days of its presale, and for very good reason. In the first stage of its presale, the TARO token is already halfway sold out, which is extremely impressive. RobotEra has been dubbed one of the hottest presales of 2022, and there are many reasons why crypto trading experts predict the coin will explode in 2023.

Now is the best time to buy RobotEra as an investment, as you can get in on the ground level at the lowest price that’s ever going to be around. Below are some of the main reasons why RobotEra has such a hugely positive outlook — and why you need to buy this metaverse crypto now as it continues to rally through its presale.

With RobotEra, users can create whatever they can imagine, as they look to rebuild the beautiful planet of Taro after a long war. In this sandbox-like, planet re-building metaverse, users will become robot avatars where they can take resources from the planet and build to their heart’s content.

In doing so, they can create robot companions or invite others to collaborate on the various projects that they’re taking up. Then, they can invite other users to enjoy what they’ve created — everything from museums to concert halls to amusement parks.

Another main differentiating factor of RobotEra is that there are truly infinite possibilities on the platform. Through it, users can participate in world creation, where they can construct buildings or create new NFT communities. They can use the editor in the platform to create robots or land.

People can even get recognition for what they’ve created. Users can submit their original works to be displayed in museums in the RobotEra universe. They can participate in concerts and build an interactive ecosystem.

They can invite NFTs from other communities to enter the theme park. And they can even build an entirely new metaverse with other NFT communities. In fact, users can manage an independent continent for events or group marketing opportunities … And this is all just scratching the surface.

The great part about RobotEra is that it will allow users to truly create whatever they can think up. By putting the power in users’ hands — and not that of just the developers of the crypto project — RobotEra is allowing itself to grow exponentially. This, in turn, provides a huge potential for massive returns on TARO as an investment, especially in its early presale stages when the price is still low.

RobotEra is a multi-dimensional metaverse platform that will provide players with many different choices. As mentioned before, this isn’t a one-size-fits-all approach that many other crypto metaverse projects are taken, most of which have led to failure thus far in the market.

RobotEra will integrate creation, management, exploration, entertainment and interaction all into one. It’s not just a colorful game, but an entirely separate second world that benefits from digital assets and cryptocurrencies. This will be the direction in which everyone will work together.

The platform is an immersive gaming experience for all users. Regardless of a person’s occupation, social class, gender or age, they’ll be able to participate in meaningful ways. Here, they can build their own unique world, and create and manage the assets they have accumulated.

RobotEra actually provides users with a great way to build significant income — so much so that it could become the main source of income for someone’s family, rather than just a few dollars on the side. So, in addition to providing a source of entertainment, the developers of RobotEra are dreaming of a future in which people are able to realize their own financial freedom through the platform.

Unlike some other metaverse crypto projects, this is actually a realistic possibility with RobotEra.

These are just a few of the reasons why this metaverse crypto continues to rally through presale. Many experts predict that RobotEra predict the coin will explode in 2023. The fact that there is so much user involvement, and control, over the platform is creating an environment that will result in a very active and engaged community.

As users have the freedom to create whatever they can imagine — and even have the possibility of generating a lot of income for themselves — they’re more incentivized to invest in what they create and keep using the platform. Since all of this is built around the $TARO token, the value of the crypto is certain to soar.

Now is the best time to buy RobotEra as an investment since it’s early in its presale stages. Right now, the price is $0.020, but the price will increase at every new stage of the presale. If you want to get the best return on your investment, you need to get in on the ground level. So, don’t delay any further; but the TARO token on presale now. 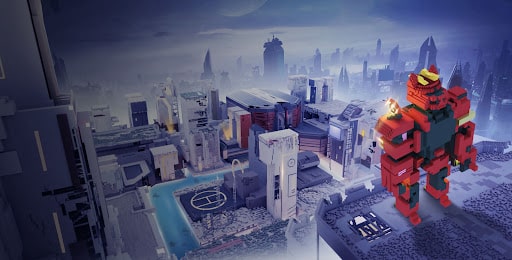