Fight Out (FGHT), the revolutionary new Move-to-Earn (M2E) crypto project, has already raised an impressive $3.033 million during its first stage of the presale, as investors all over the world are buying into the immense potential that it has. Stage 1 of the presale ends in about five days when a price increase will occur.

This means today is the best time for you to buy low now so you can guarantee yourself the greatest rate of return on the M2E crypto that’s the future of the sector. FGHT is sure to blow through all presale stages before it finally comes to a close on March 31, with its initial CEX listing set for April 5.

Below are some of the top reasons why Fight Out is already providing to be the gold standard in the increasingly-popular M2E crypto sector. 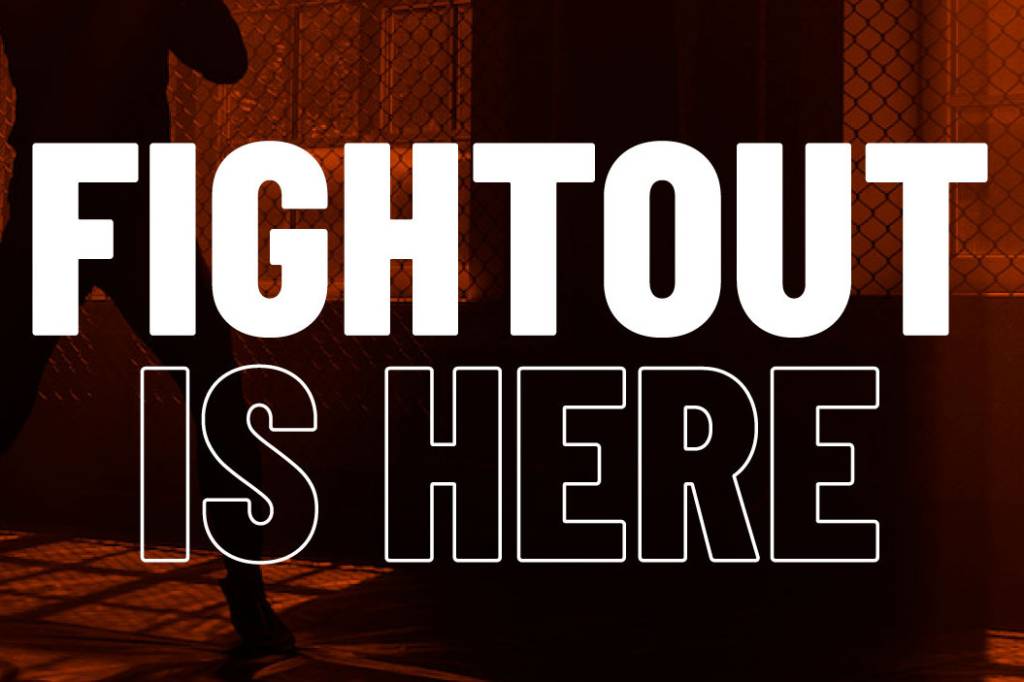 M2E as a whole is completely revolutionizing the fitness industry. Traditional gyms provide all the equipment, space and flexibility in training style, but they don’t provide any guidance. They also don’t provide social and community aspects that engender motivation, accountability and enjoyment.

And they don’t do anything to incentivize people to keep going. In fact, 80% of people quit a gym within five months of joining it.

M2E as a crypto sector changes that by incentivizing users to stick with their fitness regimen by rewarding them for progressing. Users can gain actual monetary value from active lifestyles, through the gamification these projects have set up.

And in this revolutionary industry, Fight Out is quickly becoming the evolutionary one. The goal of the project is to introduce a mass Web2 audience to M2E by providing user-friendly technology and by introducing this group to the metaverse through digital avatars and substantial utility.

Users get rewarded for completing challenges and workouts, earning badges along the way and growing the community. Unlike some of its predecessors in the space, Fight Out tracks a user’s complete fitness journey, rather than just the number of steps they take in a day. This provides a more well-rounded picture into someone’s overall fitness and their goals, and is more successful at keeping them motivated.

Fight Out was designed to make it easy for users to have everything they need to become “Fighting Fit. During the signup process, all users will set their own goals, enter in their fitness background, the available equipment they have, their location and desired workout types, when they are available and any muscle groups or exercises that should be excluded.

The fitness and gym app also allows users to track other useful health metrics such as their nutrition and sleep, which helps them further personalize the experience and creates social accountability.

After all this is entered, Fight Out’s workout builder will create personalized routines for individuals. The exercises that are suggested are generated based on best practices in fitness as well as the programming of the projects in-house personal trainers and fight coaches.

What sets Fight Out apart from others in the M2E space is that each exercise will be fully explained through high-quality instructional videos that are led by their head coach and PT. Users can also get a deeper dive through videos explaining newbies mistakes and providing advanced tips. This will all help users do the exercises the proper way so that they can get the most out of them and also avoid injury.

Users can also attend on-demand workout classes and live sessions that are available either in the app or at the Fight Out gym. 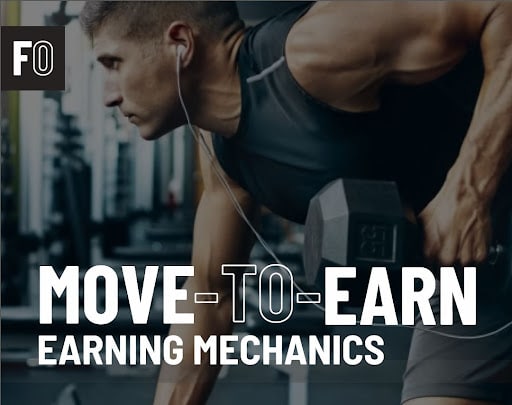 Fight Out has integrated the latest smart technology into its app to ensure that it properly tracks users’ movements and then rewards them for the work they put in. The technology can track all the key effort indicators, and then that data is fed into the Fight Out system, which doles out rewards based on the algorithm.

Exercises and workouts are tracked by categories of attributes such as wellness, mental fortitude, muscular endurance, cardio and strength. Users are then motivated to achieve all-around fitness growth through the rewards being tapered. In this way, Fight Out is helping users become physically fit as a whole person, rather than just improving in one particular area.

Through the avatar, users will be able to easily track their progress toward fitness goals in a fun and illustrative way. Users of the app will be able to mint this digital NFT avatar once they create their account. It’s soulbound, which means it can’t be transferred or sold. When data points are collected through the app, they are transferred right over to the avatar so users can track their progress and achievements in real-time. When the user gains more strength, for instance, strength stats and associated abilities increase on their NFT avatar as well.

This gives users a digital representation of their real-world ability, and makes sometimes complicated metrics very easy to understand. In this way, Fight Out is really creating an entirely new niche in M2E and is incentivizing users to keep building themselves up.

It’s clear that M2E is a revolutionary sector of the crypto industry, and that Fight Out is the leader in that sector. There are many reasons this is true, and we’ve laid out some of the top ones above for you to look at.

Fight Out has already raised more than $3 million during the first stage of its presale, and there are only five days remaining until Stage 2 begins. At that time, a price increase will occur. That’s why it’s very important for you to buy Fight Out now so that you can guarantee yourself the best rate of return on this amazing investment opportunity.

Fight Out is sure to quickly make its way through all presale stages before it launches its first CEX listing on April 5. So, don’t delay any further. Buy Fight Out today. 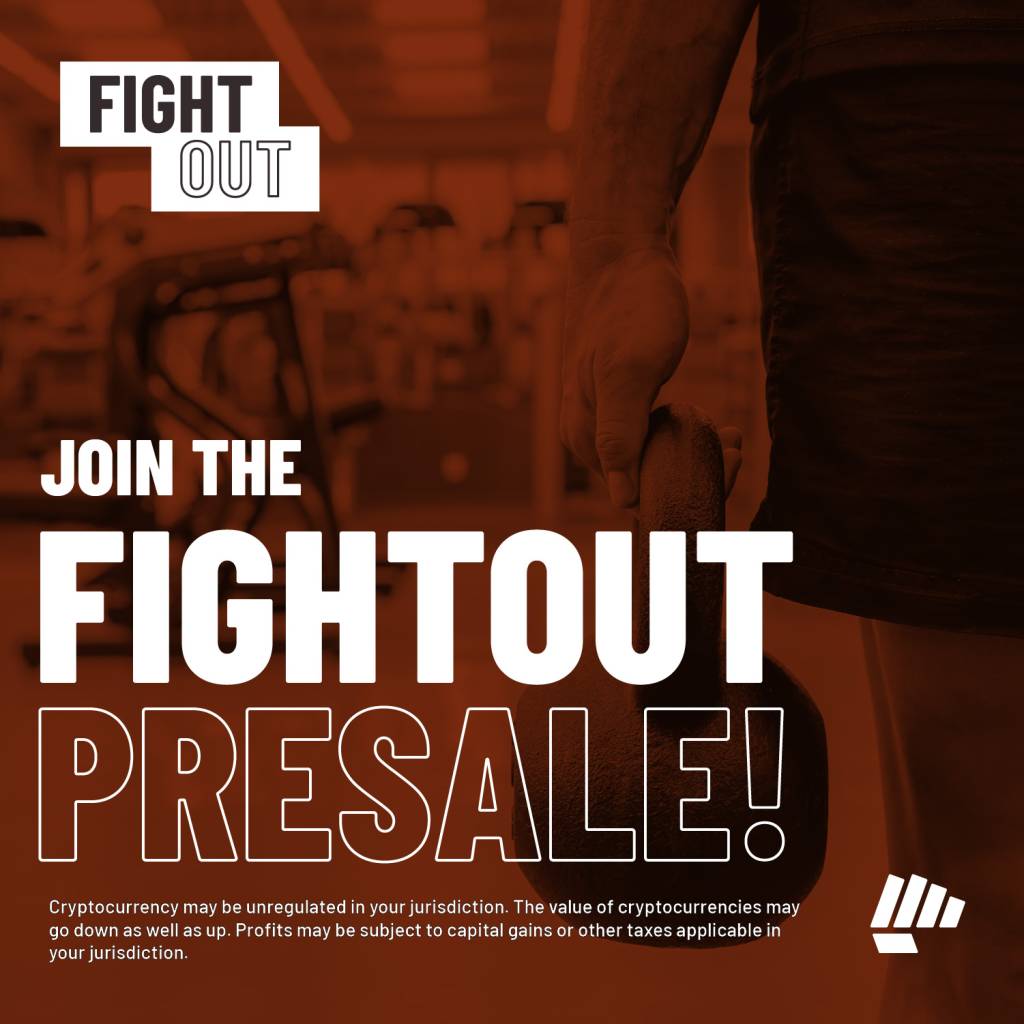