I'm in the market for some new earbuds to use when I work out and go skiing because my current ones are on their way out, but I can't seem to find anything that meets my needs.
Currently, I'm using a pair of Bose IE2 earbuds. Hands down, the best ear buds for my purposes. Good sound, they sit in place and never fall out, and most importantly, they don't "seal" into my ear canal. All other ear buds I'm seeing these days seem to focus on either noise-isolation, or active noise-cancellation. All good if you're working in the office, or sitting on a plane. But for me (I don't know about other people, maybe my ears are different), this noise isolation results in a 2 things:
1) I can't hear the external environment. I actually want people to be able to catch my attention when I'm working out, or being able to hear someone yelling at me on the hills
2) Actions that cause any sort of movement of the earbuds or their wires result in amplified noise. From the physical pounding of my feet hitting the pavement, or brushes of the connecting wire between the earbuds as they pop up and down, or the earbuds moving in my ear because they have a hat pressing down on them, I end up hearing a lot of white noise, and having to turn the sound up even louder to cancel it out.

I love my Bose earbuds, but unfortunately, they are suffering the same fate as many other people, wherein the rubber-wrapped cord is drying out and cracking/peeling. This is actually my second pair, and both have the same issue, both cropping up around the 18-month mark. Anyone have suggestions as to what I might be able to replace them with? Wireless buds would be preferred, but not necessarily required.
Intel i7 4790k @ stock, Asus Z97-PRO(Wi-Fi ac), 2x8GB Crucial DDR3 1600MHz, EVGA GTX 1080Ti FTW3
Samsung 950 Pro 512GB + 2TB Western Digital Black
Dell 2408WFP and Dell 2407WFP-HC for dual-24" goodness
Windows 10 64-bit
Top

If you want actual earbuds that are decent-sounding and cheap enough to not worry about, I would recommend Venture Electronics Monk Plus. They don't have a fancy ear-holder thing, but won't seal near as much as those other ones look to either.
My heatware
Top

1More Triple are the best I have heard. Not sure if they meet your ergonomic needs.
Top

Exactly what I don't want. Sealed noise-isolating earbuds don't work for me for the reasons above.

lol did you even look at the pictures? How are some of those tips ANY different from your Bose ones you praised so much above? And FWIW, earbuds NEED to create SOME seal to sound good. That's just the nature of physics. 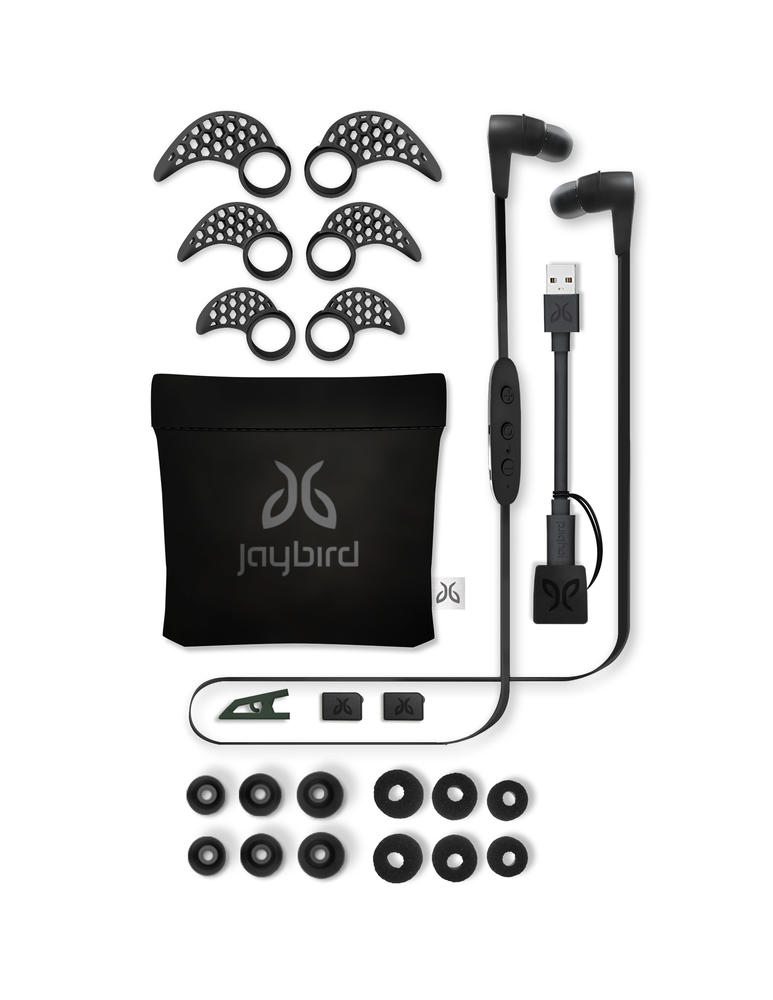 Yes, I looked at the pictures, and I also looked at a couple reviews quickly before passing my judgement. The wing tips look fine, and I'm actually impressed by the concept of wrapping them around and over top of my ears.
But did you even read the one reason why I liked my Bose, and everything else I've seen doesn't look to meet my needs? With the Bose, they go down into the ear canal some, but they don't seal around the inside of canal. Rather, the "seal" is a lose seal provided by the enlarged portion that sits on the top of outside of the ear. And because it's a fairly loose seal, you still get a decent amount of environmental bleed-through and they don't pick-up/amplify the general cord-russling noise, etc.

They aren't going to give you the same sound quality as a $100+ pair of earbuds, but you're skiing. They don't have any of that fancy ear placement stuff - and they don't create a tight seal (they use disposable foam covers) so you can still hear ambient sound as long as the volume is reasonable. I wear these all the time when running or biking.

As far as the sound goes, again they aren't going to match a really expensive set but they actually sound pretty damn good for the price; certainly good enough while you're skiing or running or whatever. And if you lose them, you're only out $20
Top

Emorgoch, the Jaybirds come with enough tips that I am sure you can find something to your liking. You can go smaller and just let the wing tips do their job of holding in place.

My other suggestion would be the Apple Airpods using the moleskin trick (LINK) But I know a lot of people are turned off by them. And they let in a lot of ambient sound so situational awareness is there.
(\_/)
(O.o)
(''')(''')
Watch out for evil Terra-Tron; He Does not like you!
Top

I am going to offer two suggestions:

If you own an Apple device, I have fallen in love with the Apple AirPods. I know they are a compromise device, but hear me out. These are phenomenal pieces of technology -- my wife got me a set for Christmas, and frankly, I am blown away by how good they are. First, to get it out of the way, the sound is "good enough". Don't take that as a compromise -- I like good sound as much as the next guy. But I've owned earbuds with fantastic sound that only sound that way until the ear seal unseats and I have to keep fidgeting to get them back to the right spot to sound great again. These sound "good enough" All The Time -- a whole lot less fidgeting is required. And, since they don't seal to the ear, you can hear ambient sounds more easily, as the OP requested.

Plus, they connect instantly to either my iPhone or my Apple Watch, whichever I happen to play sound with. I can pair them to my Macbook Pro simply be telling it to play through them, then switch back to my phone by telling it to use them. There is no re-pairing involved in any of these switches -- all the devices are paired when you pair one of the devices.

Pull one out and the music pauses automatically; put it back in and it resumes playing. Double-tap one ear to move to next song. Double-tap other ear to invoke Siri. The microphone works great. They do everythign well.

Roughly five hours playing time on a charge, and the case is a charger. You can get another ~3 hours simply by popping them in the case for fifteen minutes. Pop the case open near the phone and it will show you the charge of the case and the ear buds. Apple has nailed this one all the way around.

Finally, I know it's hard to believe, but they do in fact stay put. I work out with them in the gym and they have not fallen out once. That includes jump rope, laying down on a bench, bending over, leaning over sideways, etc. The only time one has come out is when I've literally knocked one out (taking off my shirt).

If you're willing to venture outside the earbud realm, I have had some AfterShokz Bluez for several years. (Looks like the Trekz replaced the Bluez.) I use them while biking. They sit in front of the ear, rather than over or in the ear, and use bone-conduction to enhance the sound. They sound great, but allow all ambient sound in as well. I like them for biking so I can also hear everything that is happening around me at the same time.

I trained for Seattle to Portland (back-to-back 100 mile days) wearing these. That meant eight-hour days on the bike. They handled those entire rides without fading. Given your criteria, these might be worth considering.
Top

Assuming you don't want to spend $100+ on halfway decent buds. If you do, go with DJ's suggestion.
Top
Post Reply

Users browsing this forum: No registered users and 3 guests
GZIP: On
×