I have 2x MasterFan Pro 140 Air Pressure that I purchased for $5 each from Amazon (will have to run them at low RPM ranges after reading about high noise and vibration), 2x 120mm fans that came with the case, 2x 80mm axial fans that I am considering using for the upper frontal air intake on top of the 2x 140mm fans (with a slight overlap), and 4x 80mm blower fans that I am considering using for exhausting below the GPU to improve the airflow across it.

I'm also going to be buying an Arctic F14 Silent or F14 TC and a PWM cable splitter (around $8 after discount). I acquired the 80mm axial and blower fans for free, although a major limitation is that they are USB powered, which will require unconventional wiring to the motherboard's I/O panel to power them.

The end goal is having all of the fans at slow speed for quiet gaming, and for the case + fans to last for more than one upgrade. My current build will be a Ryzen 1600, Asrock B450M Pro4, 2x8GB 3200 MHz RAM, RX 570, SATA SSD and M.2 SSD. Future upgrade would very likely to be a used Zen 3 CPU and a used later generation GPU on the same mobo, RAM and PSU. 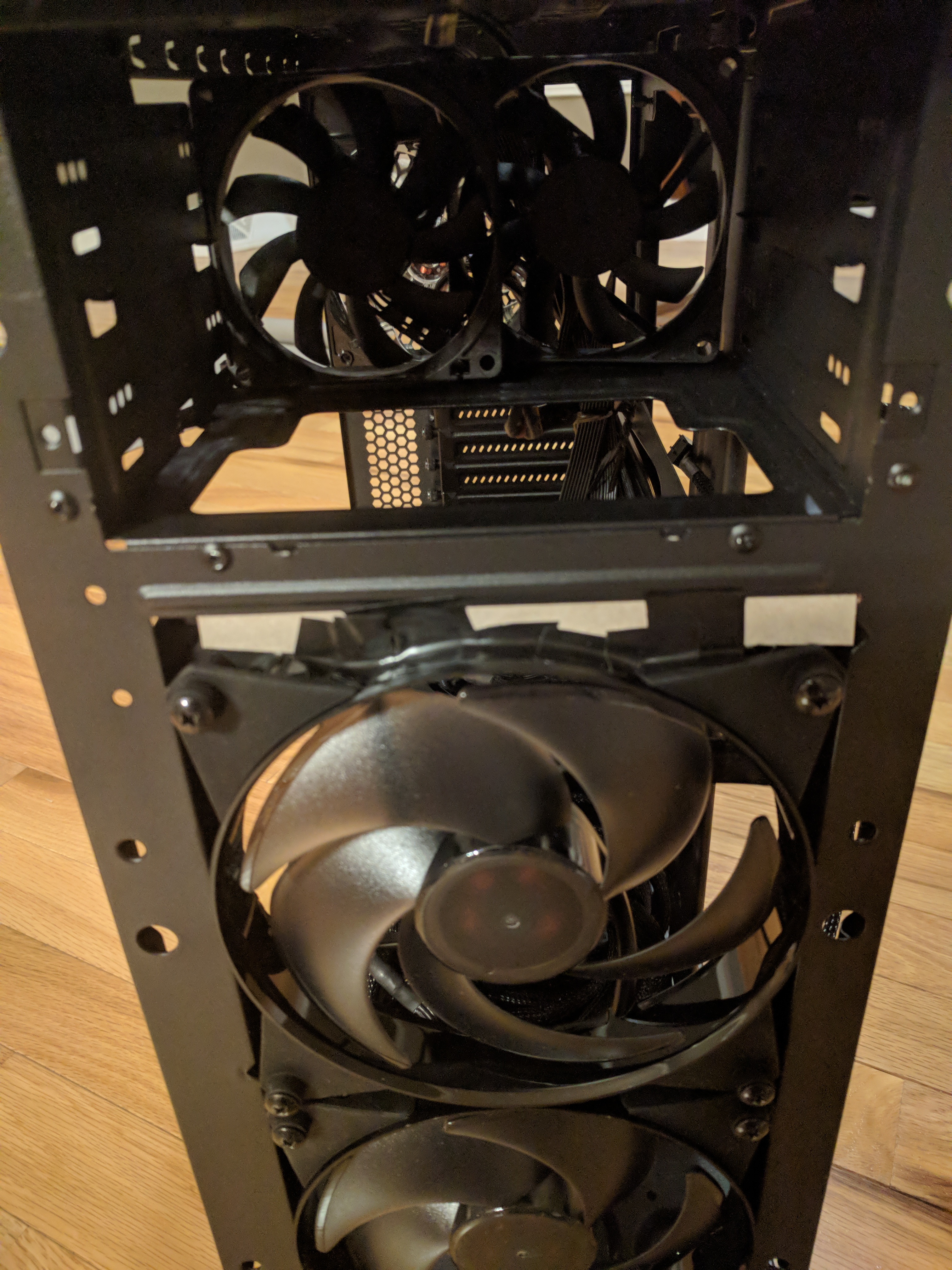 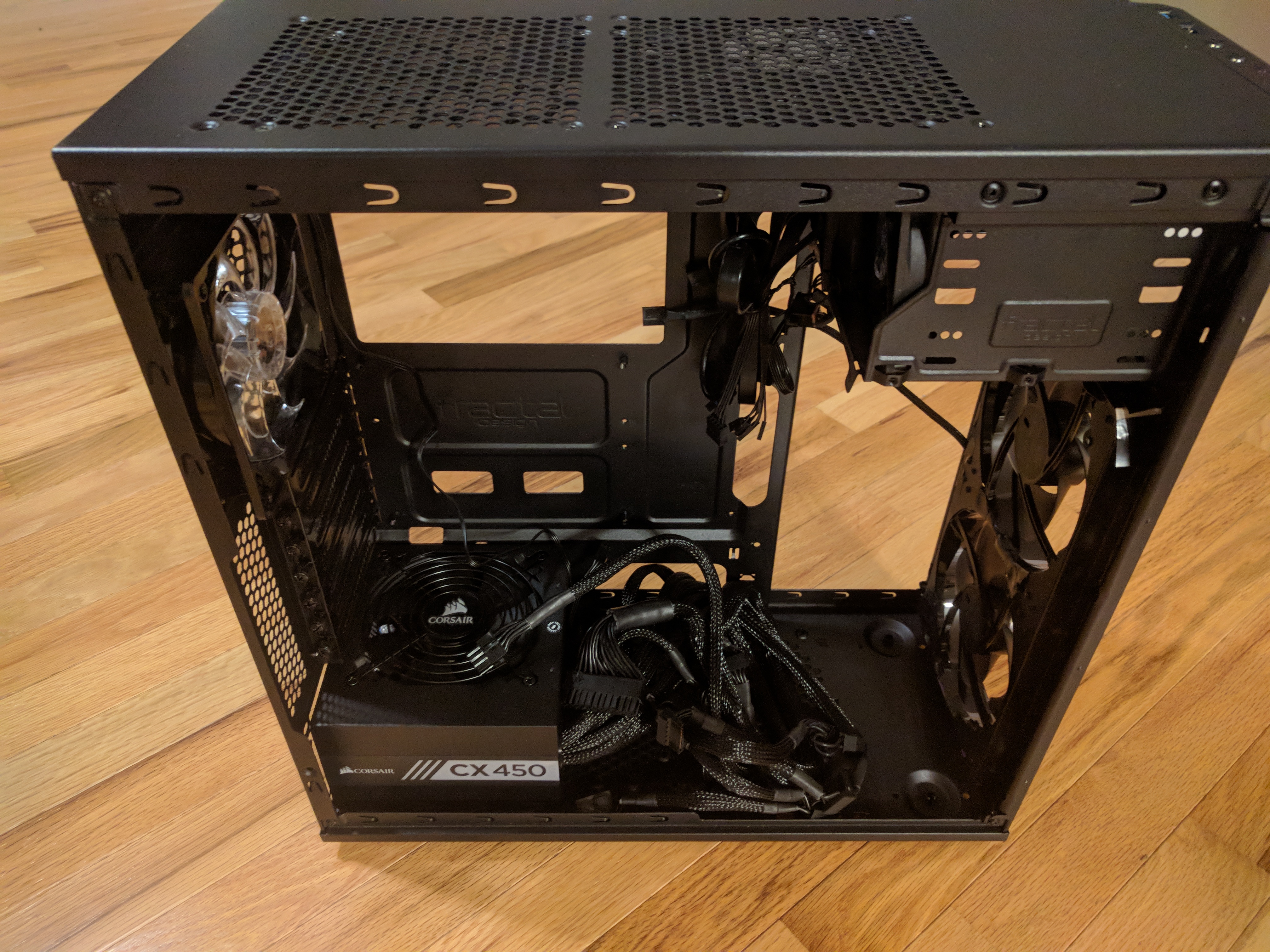 Backup links in case if the embedded images don't work:

First, you have WAY more fan than you need for that case. That said, balance the fan flows and static pressures so that the case has a slight positive pressure (i.e. input flows are slightly more than output flows) as that'll help keep the dust bunnies from accumulating through unfiltered cracks in the case.
What we have today is way too much pluribus and not enough unum.
Top

Captain Ned wrote:
First, you have WAY more fan than you need for that case.

The 140mm fans for $5 each were irresistible, and then Amazon offered a $5 discount on the next purchase.

Although the 6x 80mm fans are no-brands and are nearly 15 years old, so they may end up dying sometime in the near future.
Top

I second what K-L-W says. No 80's at all - their time has come. Skip the blowers. More intake than exhaust (like two intake, one exhaust) and you should be set. If the CPU cooler blows toward the rear fan, that's your exhaust fan. Use top and front for intake. If CPU cooler blows up (like some Hyper 212s in some scenarios), use top exhaust and front and rear intake (or side panel).
Be careful on inserting this (or any G34 chip) into the socket. Once you pull that restraining lever, it is either a good install or a piece of silicon jewelry.
Top
Post Reply

Users browsing this forum: No registered users and 0 guests
GZIP: On
×