Machine learning is the hot buzzword of the last couple years. While some applications have been a little strange, it’s likely that machine learning can make shopping a little easier by inferring a shopper’s interests based on their history with the store. Valve unveiled Steam Labs to share its machine learning results with the world.

Two of the Steam Labs experiments revolve around video content. The Micro Trailers experiment employs deep learning to automatically trim official game trailers into six-second video clips. The results are pretty uneven so far, since many of the videos I watched have clipped text or move way too quickly. The image below is from three simultaneously-playing trailers, and two of the three feature unreadable nonsense. 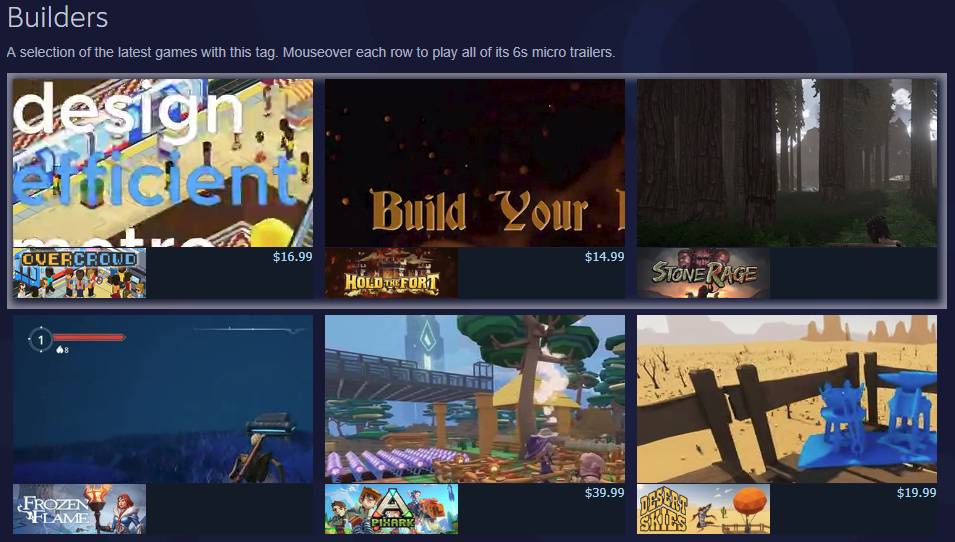 At least you tried?

If you crave long-form videos, the Automatic Show is your ticket to deep-learning fun. This Steam Labs experiment creates a 25-minute show about what’s new and hot on Steam. The show itself, which runs down the top-selling games in each category on the store, just shows off game footage and audio from each game’s trailer. Valve also shared a behind-the-scenes mock-up video created by the algorithm that includes an automatically-generated script. The voice in the mock-up is a human for now. Valve says Steam Labs will eventually be able to read its own copy.

The Interactive Recommender Experiment is the third of Valve’s triumvirate of tests. This time, Steam Labs will recommend games based on your purchase history. While Steam’s normal recommendations seem to do a pretty poor job of recommending games for me, this new version did much better. Half of Steam Labs’ recommendations are games I own on consoles, like [amazon_textlink asin=’B077T6CB9W’ text=’Street Fighter V’ template=’ProductLink’ store=’techreport09-20′ marketplace=’US’ link_id=’8e8f4def-9ae2-4f4c-8678-ccd62816dc2f’] or [amazon_textlink asin=’B078918FCH’ text=’Grand Theft Auto V’ template=’ProductLink’ store=’techreport09-20′ marketplace=’US’ link_id=’83825138-3d69-4f1a-81b4-ad5f817092f0′]. Many of its other recommendations were already on my wish list. Each game has an unlabeled blue bar to indicate how good a match it is. Mouse over a game to see a description.

When I pushed the popularity slider to “niche” Steam Labs got weird. Maybe because I enjoy retro titles, Steam recommended only ports of 16-bit games like Earthworm Jim 2 and Sonic CD. The good news is I found out that Contra Anniversary Collection is a thing, complete with arcade versions and console ports. Now my wallet’s a little lighter, and yours can be, too.

View all posts by Ben Funk