It’s that time of year again. People have [amazon_textlink asin=’B07T579FK7′ text=’tiny lights’ template=’ProductLink’ store=’techreport09-20′ marketplace=’US’ link_id=’859d3ef4-c559-4a0b-8dbd-85a3dec78311′] on their houses, and every mall is playing jazz music. You know what that means: it’s time for the Steam Winter Sale (and Christmas). Whether you’re buying for yourself or someone else, there’s an obscene number of games out there for tough-to-ignore prices. We’ve picked out a wide variety of games that should give just about any type of gamer something to do, and something for just about every wallet depth, too. You’ll know a lot of these games, but there are a few oldies and hidden gems in here, too. 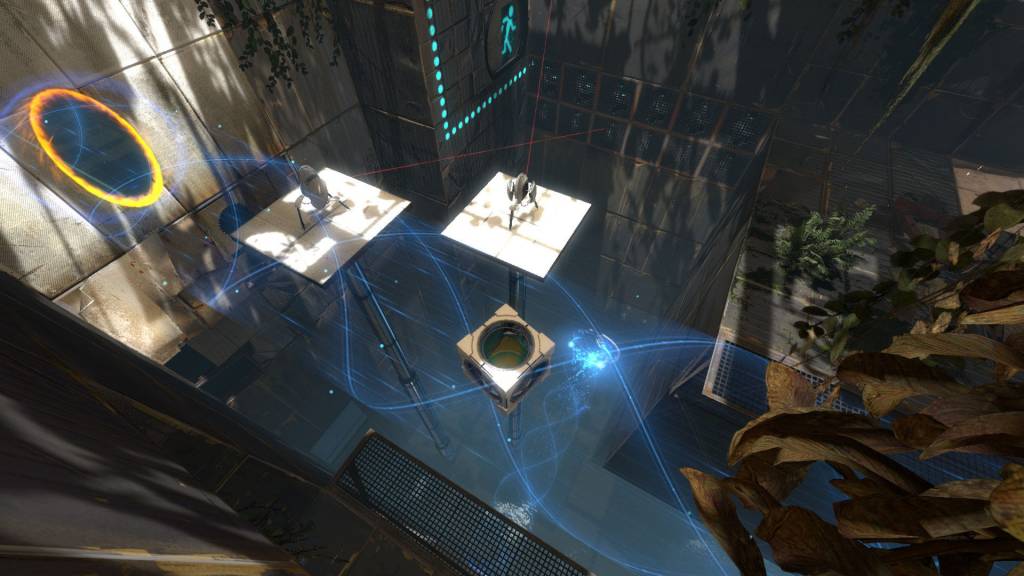 You know Portal 2, but I recently found out a friend of mine had never played it. You might know someone who doesn’t know what to do when life gives you lemons (make life rue that day, obviously). In that case, Portal 2 is the best deal on this list. For just a dollar, you get one of the best and funniest games ever made and yet another reminder that Valve just doesn’t do three of anything. 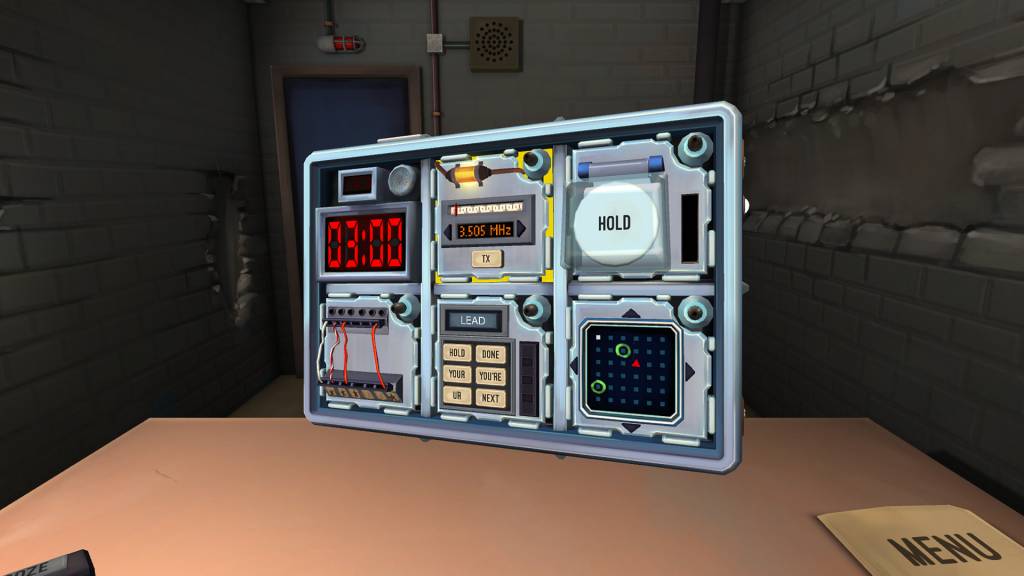 For a few dollars more, you can check out Keep Talking and Nobody Explodes. This game is best with a [amazon_textlink asin=’B07PTMKYS7′ text=’VR headset’ template=’ProductLink’ store=’techreport09-20′ marketplace=’US’ link_id=’d614631a-e033-4c78-b564-64552c75549f’], but doesn’t require it. The real attraction for this game is that it’s one you can not only play with friends but one you can play with people who don’t normally dive into gaming. In this one, there’s a bomb ticking down, put together by a genius cryptologist. While one person holds the digital bomb, the other players read from the instruction booklet full of symbols and conditionals, providing instructions on how to dismantle it. 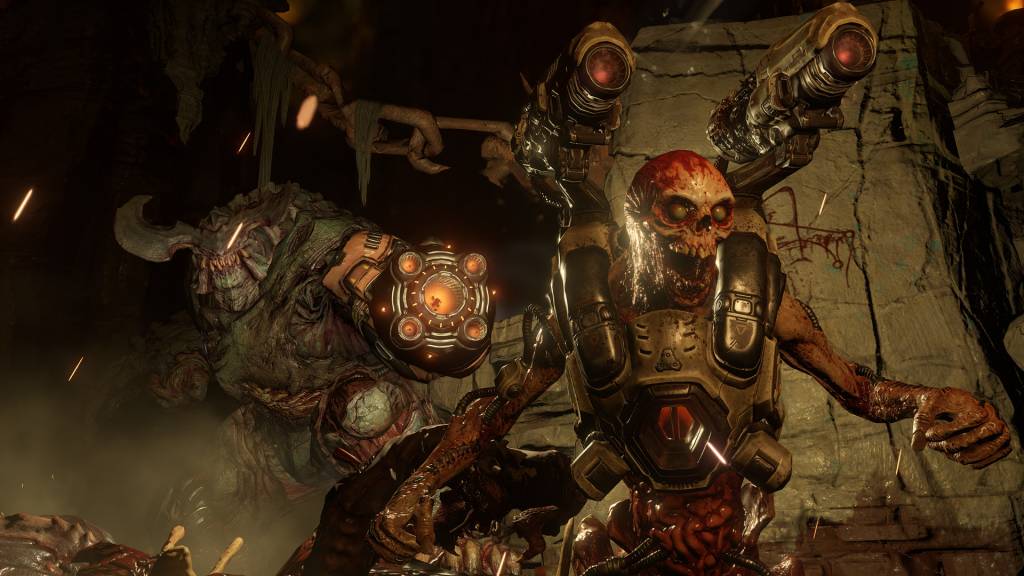 Like Portal 2, it’s hardly news that 2016’s Doom is great. But now it’s great and cheap. Better yet, the sequel is close behind. Doom Eternal hits on March 20, 2020. In the meantime, you can practice your ripping and tearing with the first of this new breed of Doom games. There aren’t many games I’d call “required” playing, but Doom gets pretty close.

Maybe you’re in the mood for something cute and relaxing, or something you can finish in an afternoon while you wait for Christmas dinner to be ready. A Short Hike gives you a simple goal: get to the top of the mountain so you can get cell reception. The game is filled with cute, entertaining characters and relaxing goals. Not every game needs to be a headache—though we have some tough ones on this list—and A Short Hike is a perfect antidote for all the frustrating games out there, should you want it. 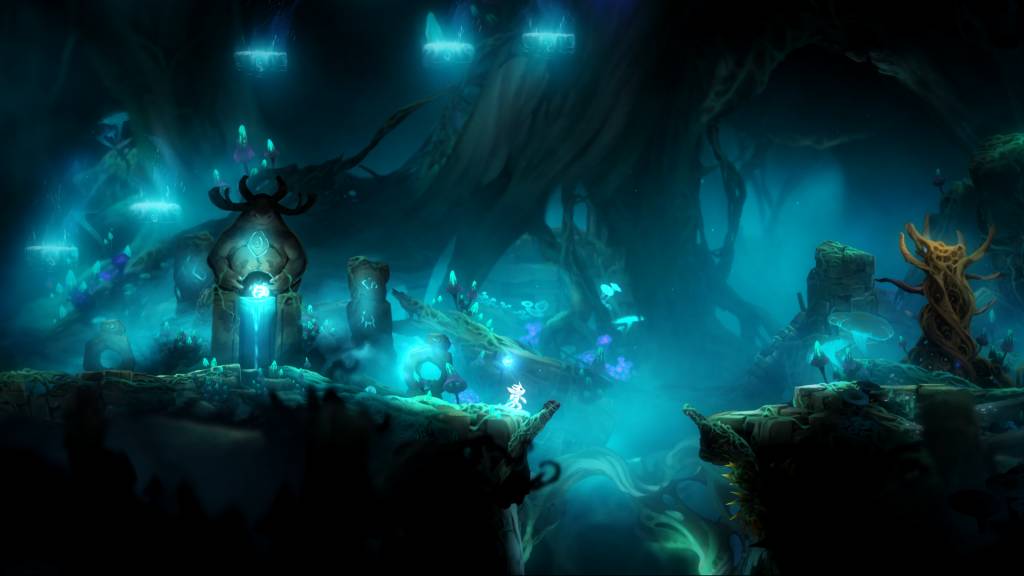 Platform games have seen a renaissance in recent years. Games like Hollow Knight and Celeste received piles of Game of the Year awards. One that many overlooked, though, was Ori and the Blind Forest. Originally released as an Xbox exclusive, this game is now on Xbox, PC, and Switch. It has a touching story, gorgeous animation, and precise controls that make it a blast to play. 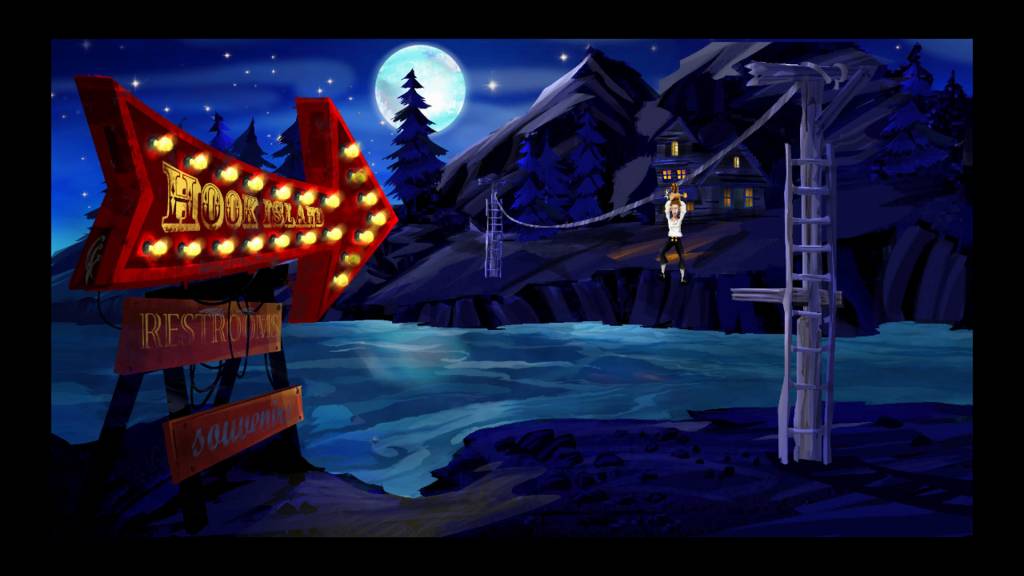 If we go back a couple of decades, we run smack dab into the era of adventure games. One of the best is the Monkey Island series, which consists of four main games. Since their initial release, the first two games have seen remasters that include updated visuals, added voice acting, and even hint systems for those weird LucasArts puzzles (a chicken with a pulley on it, y’all). Many games try to be funny, but few hit the mark as frequently as the Monkey Island series. You’re basically paying $2.50 per game if you pick up The Monkey Island Collection during the Steam Winter Sale. 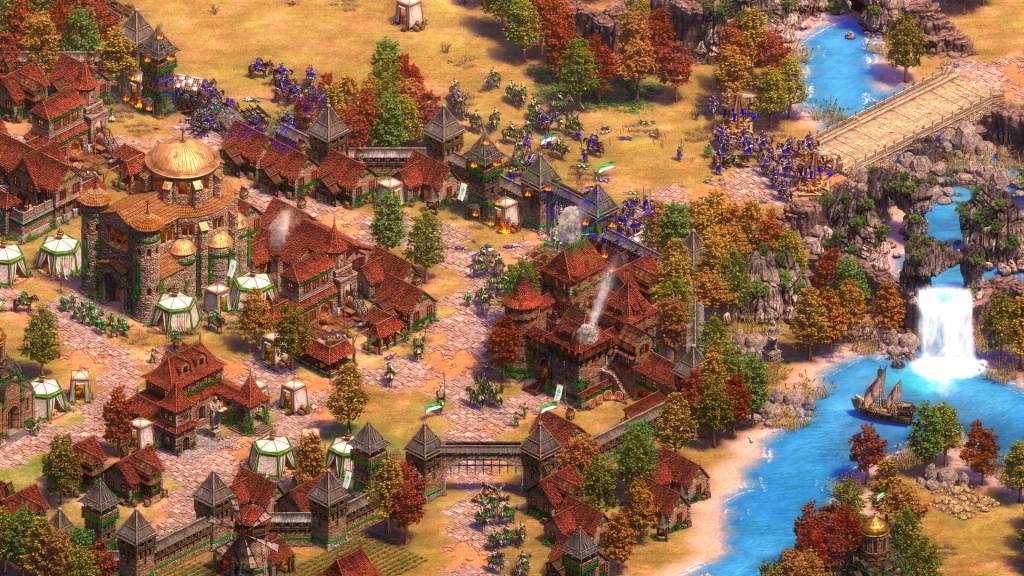 This entry is truly a Steam Winter Sale steal in the way that even the others aren’t. You could pick up the newly-released Age of Empires II: Definitive Edition for $20, or you could pick up that and Age of Empires: Definitive Edition as a bundle for $18.75. That’s right, the bundle is $1.75 cheaper than the game on its own. If you’re missing that classic RTS gameplay, this is too good not to dive in. 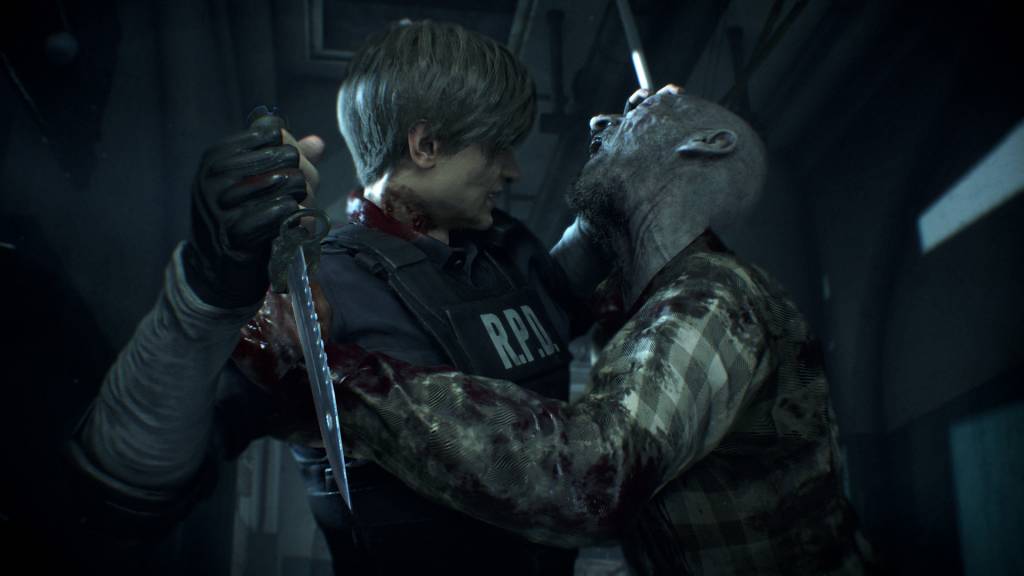 It’s not often that a remake is worth the cost of entry, but it’s also not often that a remake goes into as much depth as Resident Evil 2. The team at Capcom didn’t just slap a new coat of paint on this bad boy and flip it HGTV style, they rebuilt it from the ground up.  This game is Resident Evil 2 to its very core, but reimagined for 2019, with updated controls and mechanics to navigate a gorgeous, atmospheric, and spooky world.

You know how you look at concept art for a game you’ve played and say “I wish the game had looked like that?” Disco Elysium is that game. This weird and unique role-playing game is one of the standout titles of 2019. You play a detective with amnesia faced with a mystery. 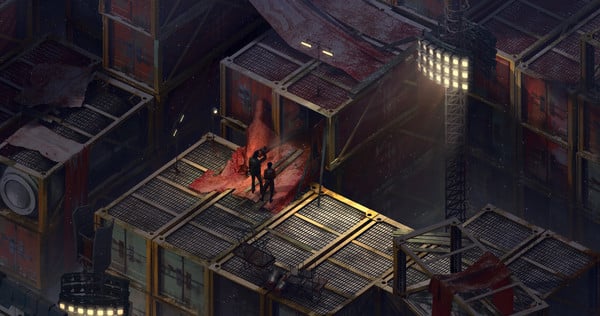 To solve it, you’re presented with a unique skillset and a ton of choice. You can apologize so much that you get a special apology skill. You can try to pick the middle ground so often that the game makes fun of you for it. You can nod back-and-forth with a guy until your neck breaks. You can argue with yourself about philosophy. There’s nothing quite like this game. 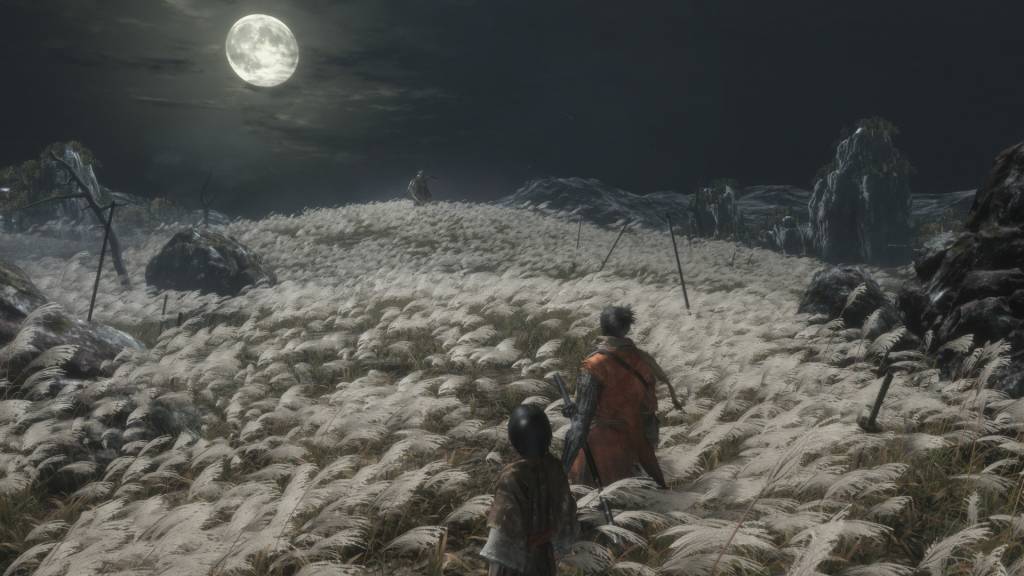 Or maybe you just want to break your controller. If that’s the case, pick up FROM Software’s latest game, Sekiro: Shadows Die Twice. Play as a shinobi cursed with immortality. Explore a huge open-world space filled with tough enemies and even tougher bosses. This is a tough game, but each fight is rewarding. Turning Genichiro’s lightning attack back on him is easily one of the most exhilarating moments of gaming in 2019 in my book.