We’re in a time of flux for displays. There are LCD and OLED. QLED, ULED, MiniLED, MicroLED. IPS, VA, and TN. There’s a lot overlap across these, but there are, it seems, countless choices either on the market or on the way. Display maker Hisense has one of the more fascinating ones, and after showing it off last year, it’s headed to market this year.

Hisense has been working on something it’s calling “dual-cell” LCD technology, with a marketing name of ULED XD.

What is dual-cell ULED XD?

Here’s a quick rundown of how ULED XD works: ULED XD takes two LCD panels and bonds them together. A processor splits the image into color and greyscale information. The rear panel handles, then, only luminance information, while the front panel handles color. CNET has seen a combination of a rear panel running at 1920 x 1080 with a front panel with 4K resolution, though both panels will be of identical resolution when the tech comes to market.

That rear luminance panel only lights up active pixels, which Hisense says translates to 8.3 million dimming zones. That’s backed by a standard local-dimming array with 132 zones.

This tech is meant to act as a cheaper alternative to OLED displays, with a significantly higher contrast ratio and competitive black levels. Hisense claims a native contrast ratio of 1,000,000:1, and a black level of 0.00003 nits (OLED is 0 nits). Meanwhile, peak light output can reach over 1,000 nits, which is significantly brighter than OLED. Hisense is claiming the displays will use quantum dots to capture 100% of the DCI P3 and 84% of the Rec. 2020 color gamuts and will offer up to 120 Hz refresh rates.

An alternative to OLED

OLED technology is really impressive in the right circumstances. Because each pixel its own light, OLED panels can display absolute black, and that makes for a bigger range of colors that display more vividly. On the other hand, OLED has struggled with input latency, which can make a display unusable for gamers. OLED screens also suffer from burn-in, so if you’re watching QVC for 7 hours a day, playing Fortnite on PlayStation every night, or, worse, using an operating system with static elements like a taskbar, an OLED screen is likely a poor solution for you.

The Hisense XD9G is coming this year 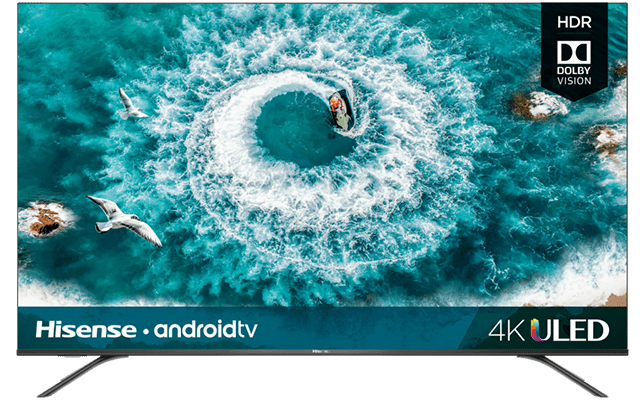 The first dual-cell display is one of many displays coming from Hisense this year. Hisense says the display will be a 65-inch screen and that it will be priced lower than comparably-specced OLED panels. The XD9G is set to hit later this year.

Once the TV hits, it’ll be interesting to see how it holds up to other displays in terms of things like response time and viewing angles. Could this tech be a good alternative to OLED for PC users?

Alongside the XD9G, Hisense is prepping a bunch of other, more traditional televisions. The H9G Quantum will be a 55/65-inch 4K android display with 132/180 dimming zones and brightness of over 1,000 nits. The 55-inch display will start at $700 and climb from there. The H8G Quantum is a step down from that, starting at $400 for a 50-inch, 700-nit Android television. From there, the sets get more and more standard, with a mix of Android and Roku TVs starting at as low as $270 for 43-inches and climbing up to $1,500 for an 85-inch television.

The dual-cell tech is the most interesting of all of these, and definitely the one we’re keeping the closest eye on.