Sometimes big companies are listening. That’s the case with AMD this week, at least. The company initially announced that its 400-series motherboard chipsets, the X470 and B450, would not be compatible with the upcoming Zen 3 architecture and Ryzen 4000-series CPUs. Following fan outcry, though, the company has reversed course (press release via TomsHardware), and it seems like it’ll go down in a way that will work out for enthusiasts.

When AMD announced its B550 chipset, enthusiasts quickly noticed that the 400-series motherboards were only set to support up to Ryzen 3000-series CPUs. This went against a perceived promise from AMD, where the company had led many to believe that any AM4-chipset motherboard would accept any CPU made between 2016 and 2020. 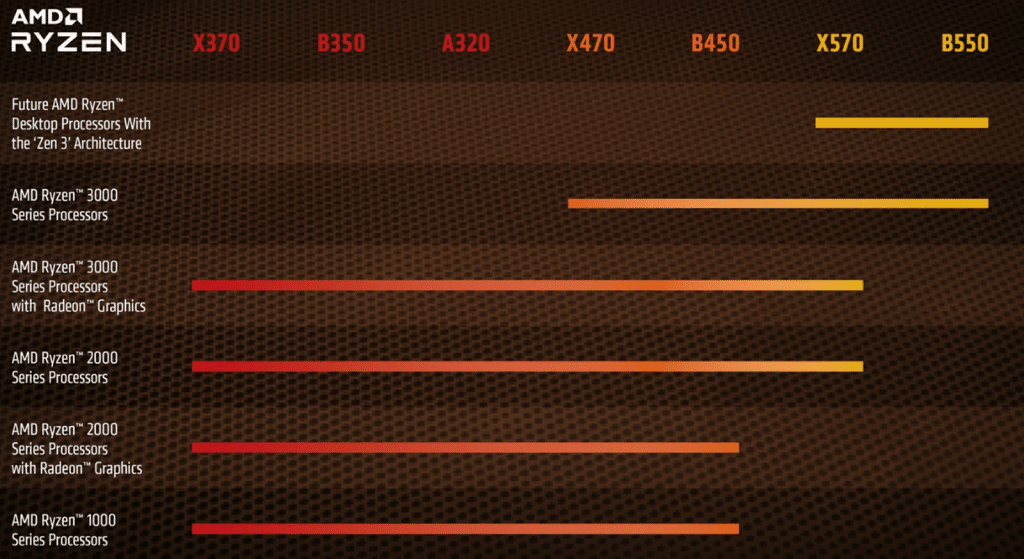 Technical limitations make putting a 4000-series CPU into a 400-series motherboard difficult, though. The problem boils down to limits on BIOS size on AMD motherboards. Supporting the many chips of the AM4 series requires space in the BIOS, and the chips that store all that information–along with BIOS GUIs and other extraneous features–are limited to just 16 MB.

AMD sent out a release this week, though:

We’ve heard our audience, and we understand the concerns. We are going to work out a way to support Zen 3 on our 400-series chipsets between now and launch – we’re still working out the what and the how, but we will update you closer to Zen 3 launch.

The company is responding to fan outcry first and dealing with the technical aspects of this situation second.

In its release, AMD notes that when this does happen, it will be a one-way upgrade path. Once you upgrade, you can’t downgrade. The upgrade will disable support for many existing Ryzen CPUs to make more space available for newer CPUs.

AMD says it will only offer the BIOS download to “verified customers of 400-series motherboards who have purchased a new desktop processor with ‘Zen 3’ inside.” AMD says this is to minimize the likelihood of a user accidentally bricking their BIOS. The company notes that the availability of BIOS updates may not coincide with the release of Zen 3 CPUs. The company also notes specifically that whatever follows Zen 3 will not work with these motherboards.

This is definitely a pro-consumer move by AMD. The number of people who will actually be dropping Zen 3 CPUs into 400-series motherboards is likely very small, and exactly the audience willing to risk a one-way BIOS update that could render their previous CPU incompatible. Many more users will simply upgrade their motherboard along with their CPU rather than leapfrog their way forward into the future. It shows that AMD is listening and willing to do right by its fans even before they have the technical roadmap for doing right completely figured out.