The Windows 10 May 2020 update brought Windows 10 up to version 2004 and introduced a number of features and changes. However, it wasn’t until earlier this week that Microsoft publicly revealed one of these changes. 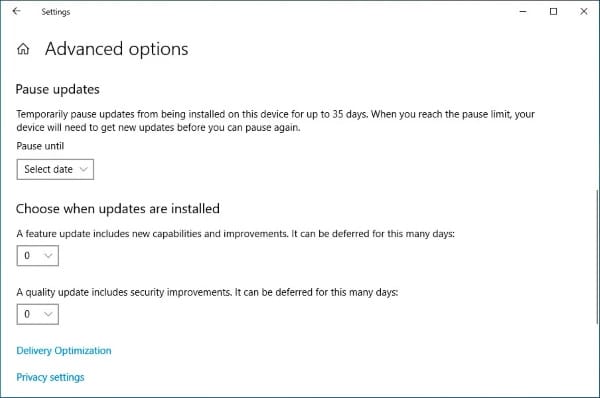 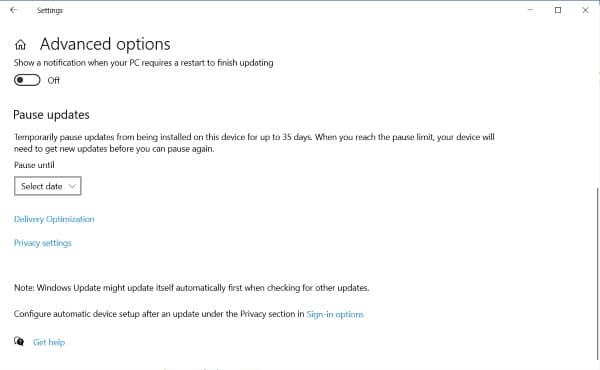 On Tuesday of this week, Microsoft updated its documentation regarding the changes made in the May 2020 update, noting that the defer feature updates setting has been removed from Windows 10. Pro, Enterprise, and Education users are left with just the Pause updates setting that is also available to Home users. This setting allows users to pause updates for up to only 35 days. You can see the discrepancy between the Advanced options page before and after the May 2020 update in the images above, thanks to BleepingComputer.

The removal of the defer feature update setting follows changes made to the Windows 10 update process in April of last year. According to the updated documentation, the update installation policies were changed so as “to only target devices running a feature update version that is nearing end of service.” The effect of this change is that many devices are receiving feature updates only once a year. Thus, Microsoft has removed the ability to defer feature updates for a year in order to “make the most of this policy change, and to prevent confusion.”

That said, users can still defer feature updates through the use of a local Group Policy. Microsoft provides the following instructions to accomplish this end: 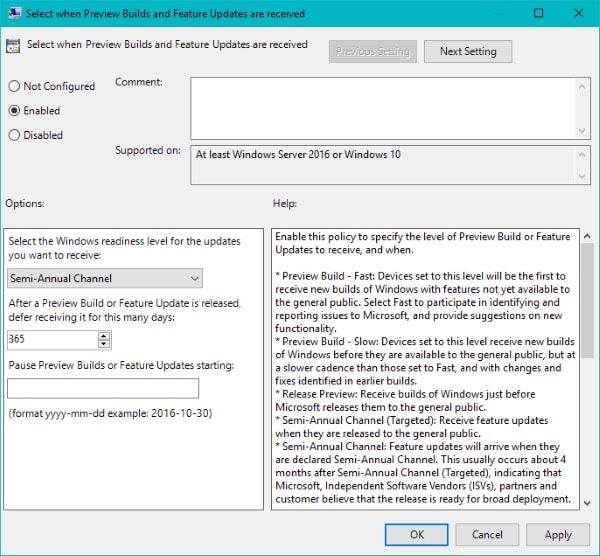 While Windows 10 Home users don’t have access to the Group Policy Editor, you can check out BleepingComputer’s coverage of the story for an alternative solution that involves a change to the registry.