The writing has been on the wall for a while, but now it’s all coming to fruition. The exciting new meme coin Tamadoge (TAMA) has made its appearance on OKX, a top-tier cryptocurrency exchange platform.

This is just the latest bit of extremely positive news for Tamadoge, which burst onto the scene this year and had rousing success in both Beta sales and presales. TAMA appears for public sale on OKX.

While the potential has been there for quite a while with Tamadoge, now that it’s out of presale and listed on OKX, there’s a strong potential for a 100x growth. Learn more about TAMA below and how OKX listing could boost its value up even more.

Tamadoge’s presale performed extremely well, as users latched onto the concept that TAMA was touting before it launched. All 1 billion of the meme coin’s tokens were sold during the presale period, and that happened months before it was supposed to complete. While the presale was originally expected to last throughout 2022, it ended in September.

Investors bought in to Tamadoge’s promises of a brand new approach to the meme coin market, combining the Play-to-Earn (P2E) and NFT markets into one. In addition, as a pre-mined cryptocurrency, it promises to be extremely eco-friendly, which is a huge issue in the crypto world right now. 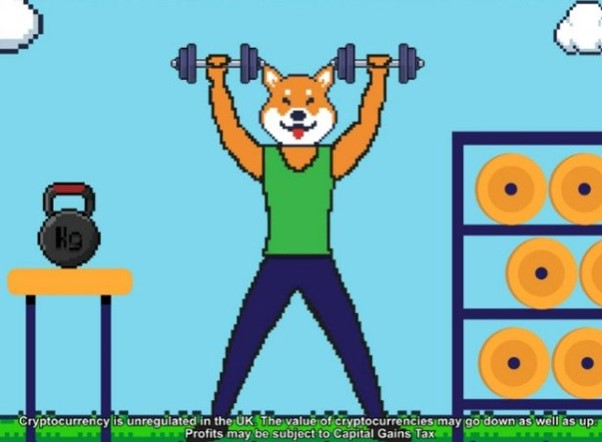 Tamadoge to Be Available on OKX Platform

Once the presale period ended, users were unfortunately locked out of purchasing Tamadoge — until now, that is.

Starting on September 27, TAMA is available for sale on the top-tier crypto platform called OKX. This will allow people who are interested to exchange cryptos they current own for TAMA tokens.

Those who invested in Tamadoge during the presale will be able to claim their tokens four hours before the listing on OKX. Those who didn’t jump in on the presale can still get them through OKX after it goes live.

Some people may not be able to complete the transaction through OKX, though, and may need to use the OKX’s DEX listing as an alternative.

OKX is a very popular crypto exchange for both veteran crypto traders and beginners alike.

Tamadoge is the Newest and Best Meme Coin on the Market

As mentioned before, Tamadoge is taking a completely different approach to the meme coin market. In fact, it’s the first one that has an excellent utility for its NFT toke as well as pre-mined tokens.

Many of the other popular meme coins on the market don’t have a very solid utility usage. This is the main downfall of meme coins as a whole. However, it’s a concern that Tamadoge has overcome with its new approach — combining NFT and P2E.

Tamadoge is built on the concept of the extremely popular Tamagotchi toy of the 1990s. Users will be able to take their doges onto the metaverse (known as the Tamaverse) to hang out with their friends. They can build value in their NFT by breeding and training them, and then battling it out to see who can climb the monthly leaderboard.

The doges aren’t just toys to play with, though. You can build value in them and then trade them with other players in the Tamaverse. Every transaction will require a TAMA token, but you can earn free ones when you complete various challenges and win battles.

In addition to this similarity to Tamagotchi, it will add full support for augmented reality early on in 2023, which will make the game very similar to another popular game — Pokemon GO.

As such, Tamadoge is building a real-world, intrinsic value behind its token, which is what other meme coins to this point have been completely unable to do.

OKX has both a centralized exchange (CEX) and a decentralized exchange (DEX), providing users with two different potential ways to invest starting on September 27. Either way, people who are registering on OKX for the first time will have a chance to win a mystery box that’s valued at $10,000.

All you need to do is complete a simple two-step process to sign up at OKX. Once you sign up and download the app, you can then claim your mystery box, which could be worth up to $10,000.

The listing on OKX is certainly an exciting time in the evolution of Tamadoge, but it’s certainly not going to be the last. This means that there is still an opportunity here to invest by purchasing TAMA on OKX, as it’s likely to explode in value afterwards — as much as 100x.

So, act now if you want to try to win rewards just for investing in an outstanding new meme coin.