btc gbp trading volume is surging is crypto the answer to the gbp slump
blockchain,Cryptocurrency,Investments,News

BTC/GBP Trading Volume is Surging – Is Crypto the Answer to the GBP Slump?

The British pound (GBP) has fallen greatly in value this year amidst the rising inflation. As a result, there’s a high prospect of the economy entering a recession by the end of the year.

In this article, we’ll look at GBP’s recent performance and the long-term overview of the currency based on crypto experts’ forecasts.

What Drives the Value of Sterling?

GBP is one of the world’s strongest currencies by value and the former global reserve currency. As a result, the Bitcoin-British pound (BTC/GBP) pair has been very active since it was listed on major cryptocurrency exchanges, including Bitfinex and Bitstamp.

However, analysts have come up with different forecasts. The focus on the divergence of opinions is on whether the surge results from investors switching to the largest cryptocurrency by market value with the hope of profiting from volatility or a bid to protect themselves from the sterling slide.

On Monday, 3rd October, which was the day when the pound crashed to $1.035. The trading volume in BTC/GBP listed on those two exchanges climbed to over $881 million. James Butterfill, head of research at CoinShares, said that’s over 12 times the $70 million average daily volume from the past two years. 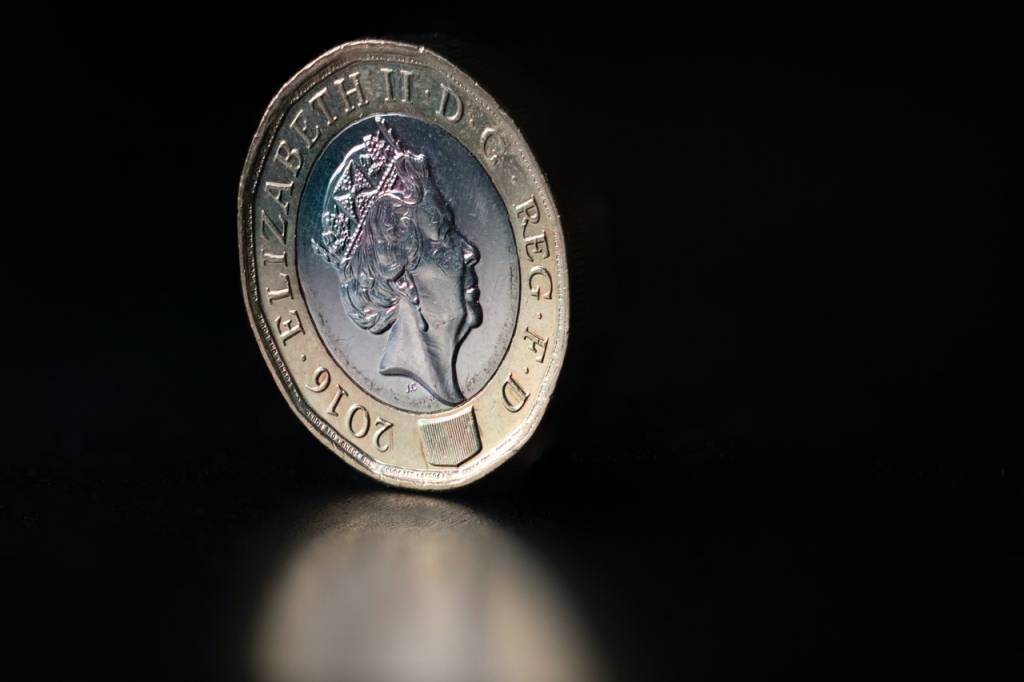 Is Crypto the Answer to the GBP Slump?

The pound’s weakness resulted from concerns over the UK’s fiscal health, stemming from the new government’s tax-cut plans. As a result, this month (October), GBP has reduced by 7% against the dollar, the steepest drop since December 2016.

An analyst at Bitfinex said the explosion in bitcoin trading against the pound is a forecast of the largest biggest cryptocurrency to benefit from an apparent fragility in fiat currencies.

A crypto data provider at Messari, Tom Dunleavy, also attested that European investors are snapping up bitcoin because of the rapidly depreciating British pound and the Euro.

The trading volume, the total number of contracts or units exchanged between buyers and sellers, is an indicator (even though unreliable) of investor positioning. For every buyer, there is a seller. Therefore, it’s possible to argue that investors sold bitcoin as the pound took a hit.

The UK growth director at TradingView and founder of the market news service said: “If you’re selling BTC for EUR or GBP, the volume will spike.” This is because bitcoin enthusiasts have always considered cryptocurrency a better alternative to gold and fiat currencies.

The reason is that the cryptocurrency’s reward halving, a programmed reduction in the supply expansion’s pace every four years, isn’t in alignment with the continuously increasing supply of fiat.

Other nations, including Turkey, where there’s been a shake in the national currency because of relentless depreciation, government policies, and high inflation, have embraced cryptocurrencies (including Tamadoge).

Tamadoge is the currency at the center of the Tamaverse, allowing you to create, breed, care for, and battle your Tamadoge pets with others in the ecosystem.

TAMA is a meme coin with utility. It was launched in July 2022. Tamadoge is a deflationary cryptocurrency that allows users to battle and climb up the leaderboard by gaining Dogepoints.

Users with the highest Dogepoints at the end of each month are eligible to claim all their winnings from the monthly Dogepool.

Your Tamadoge will grow with you and become stronger over time. First, however, you must feed and look after them. If you leave them for a long time, they’ll become a Tamaghost. 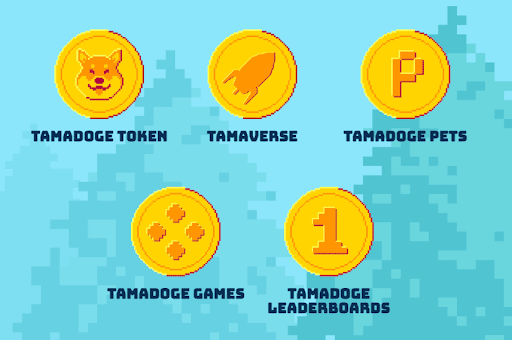 The increase in trading volume is likely due to traders selling euros and pounds and exchange-rate volatility. Those who bought bitcoin may not have plans to hold it for the long term.

When amid a fiat currency slide, most investors often snap up cryptocurrencies to move money overseas and buy dollarized assets while preceding the traditional banking channel.

Recently, the implied volatility and expected price turbulence in top currencies went above similar measures for the currencies of developing nations.

More volatility often results in higher volumes in all markets, as expert traders buy and sell large quantities to gain profits. So, the BTC/GBP volume increase may have been caused by speculators rather than investors looking to increase BTC as an inflation hedge.

Also, traders may have been in a hurry to jump on the arbitrage opportunity offered by the pound’s volatility. In this case, arbitrage means simultaneously buying and selling the same asset in different markets to profit from the small differences in the asset’s listed price.

According to Clara Medalie, a research director at crypto data provider, Kaiko, BTC/GBP is shifting from BTC vs. other fiat currencies, indicating an arbitrage trade. Besides, the upward indication in BTC/GBP volume doesn’t necessarily mean traders diversify into bitcoin.

While there’s been an increase in BTC/GBP volumes, the overall activity remains low compared to the larger market. For example, the pure BTC/GBP cross on Binance trades only $95 million.

Markus Thielen also said that if the people based in the UK are the ones driving the volumes, then the BTC/GBP cross on Binance should be higher. For example, BTC/RUB volumes increased at the beginning of the Ukraine conflict.

The UK’s interest in Bitcoin (BTC) will increase rapidly if the fiat currency instability makes the flagship digital currency asset look like a stablecoin.

According to James Butterfill, chief of research at CoinShares, the increase in BTC/GBP was likely due to traders exchanging the Pound for BTC. This is because the volume increase between political and monetary instability and Bitcoin is so strong. 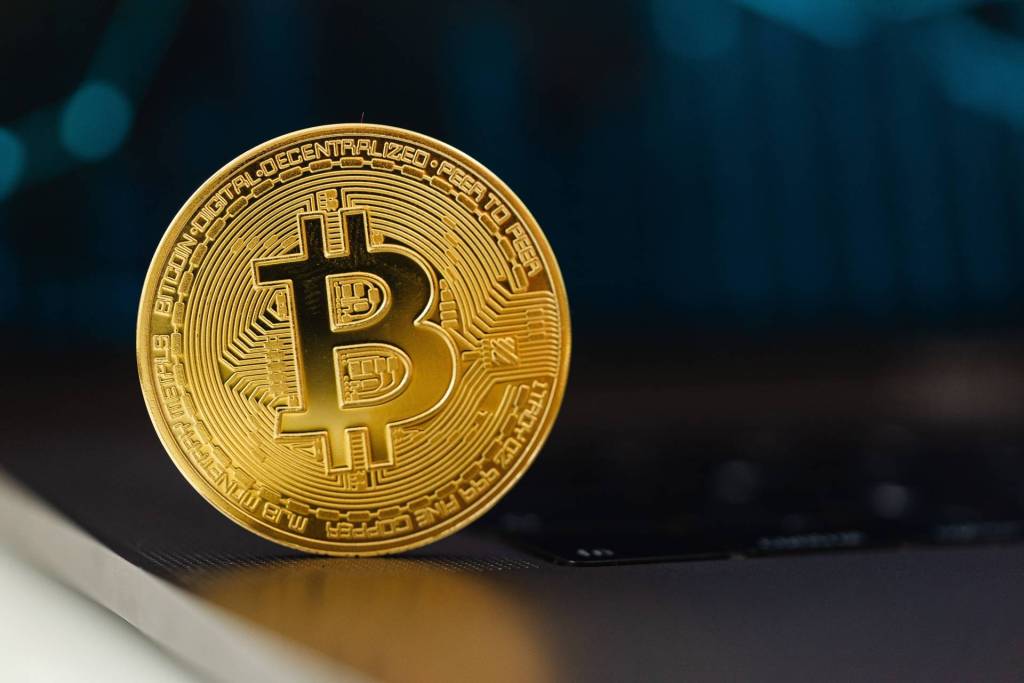 Investors start turning to Bitcoin when there’s a threat in a fiat currency. For example, some time ago, the British pound dropped nearly a quarter of the US dollar.

According to Cointelegraph and TradingView, Bitcoin outperforms fiat currencies by 55%. The longer the term, the more attractive crypto becomes.

One of the cryptocurrencies to turn to at this point is Tamadoge. Its many amazing features make it a crypto platform with high potential.