The 5 best NFT alternatives to Cryptopunks

Created in 2017, CryptoPunks is a very popular Ethereum-based NFT project created by Larva Labs. It was one of the first NFT projects which paved the way for other successful NFT collections later on. Initially, CryptoPunks used to cost nothing, with users simply requiring an Ethereum wallet and the nominal minting fee. The situation changed 4 years later when CryptoPunks NFTs sold for millions of dollars.

Unfortunately, this year, CryptoPunks couldn’t replicate the highs it reached in 2021. This has led many NFT-friendly investors to look at other projects for profitability. Luckily there have been multiple NFT projects that have strived to push the boundaries of NFT technology in various ways.

The following are some of the newer NFT projects which challenge the dominance of CryptoPunks in the NFT market.

Let’s take a detailed look into each project and understand why they are the best CryptoPunks alternatives.

IMPT.io is an environment-focused NFT project which offers simple, affordable, and effective mechanisms that allow users to contribute positively toward climate change. Its main goal is to assist every interested individual or organization to make an impact on the environment while becoming carbon-neutral or carbon-negative.

IMPT.io make it affordable to make a contribution to the environment regardless of whether they are capable of purchasing carbon credits. The project has formed partnerships with more than 10,000 of the biggest retailers. Each retailer has agreed to allocate a specific percentage of their sales margin towards carefully selected environmental projects.

IMPT tokenizes carbon credits that allow users to receive them in the form of NFTs. If a user retires a carbon credit, the NFTs are burnt and sent to a null address to eliminate them from circulation. This makes the whole process tamper-proof and prevents double counting. IMPT provides a unique NFT to users who decide to retire their carbon credits, which can then be either kept or traded on the official marketplace.

This way IMPT.io connects users with several impactful environmental projects around the world with the only process of reducing carbon emissions. The carbon asset tokenization by IMPT.io will allow the industry to benefit from transparent and secure records.  This will allow companies and organizations to provide official certificates that will then be used as verified proof of their carbon-offsetting activities.

IMPT.io comes with an online widget, allowing users to buy the products directly and get sales margin in their wallets in the form of IMPT tokens. This is how IMPT.io has become one of the most secure channels for offsetting carbon footprints for each person. 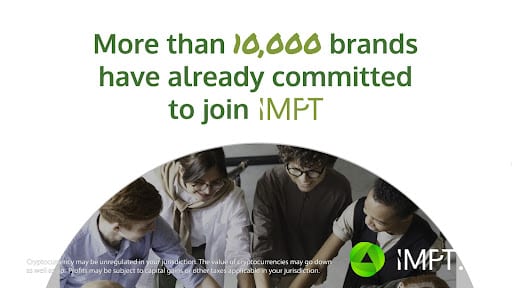 Tamadoge is a new play-to-earn project which has elements of NFTs and the metaverse. This means users can earn money while playing the game. The main aim of the game is to create and breed digital pets which are in the form of NFTs. Once their virtual pets reach a certain age, users can use them to combat other player pets for a chance to gain experience points.

The core of the project is the Tamaverse, which is the project’s version of the metaverse. TAMA is the native currency for all ecosystem activities. Apart from that, it also possesses real-world utility. TAMA also tackles some of the significant issues that the top meme coins have including a lack of utility and a limitless supply of coins.

Tamadoge also has future plans to create an augmented reality app that will allow NFTs to communicate with their Tamaverse counterparts. Tamadoge also has plans to open the NFT pet store in Q4 of 2022, followed by the Tamadoge AR app and several Tamadoge P2E games which are expected in the second half of 2023.

Tamadoge provides some short-term benefits such as building a virtual pet online. It also provides some long-term advantages such as sustained value growth. Because it is deflationary, has no transaction fees and has built-in stability, Tamadoge is expected to rally in the near future. 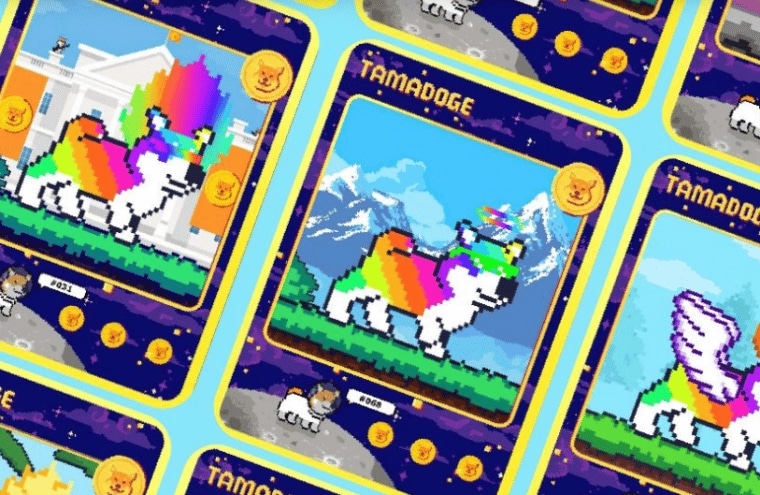 Silks is another play-to-earn NFT-based project which is hosted on the Ethereum blockchain. It involves a rich metaverse where players must first purchase avatars and take part in a number of competitions. The gameplay is based on thoroughbred horse racing where players can monetize their in-game activities.

Silk allows anyone to own digital Silks horses which are available in the form of NFTs. Each of the Silks horse represents a real-worth thoroughbred racehorse with the same training progress, racing productivity and lineage as the real thing. Players can earn rewards when the real-life counterpart of their Silk horse wins a race. The rewards are distributed in the form of $STT, the native token.

Besides providing racing rewards, Silk horse owners can also stake, breed or Pinhook to generate income. Pinhook is a term to describe the buying and selling of an unraced horse at a profit in the horse racing industry. Silk players also have the ability to own plots of virtual land in the form of NFTs.

This virtual land has to be used to house and maintain their digital horse using stables and horse farms. The metaverse has been designed with sustainability in mind. Every 1-year-old thoroughbred is minted and available for purchase through the platform on a yearly basis. Minting occurs together with yearling auctions. The core of the Silk NFT project is Tropical Racing, which is a thoroughbred horse racing enterprise.

Rich Cats Nation refers to a collection of 1000 unique NFTs hosted on the Binance blockchain. The NFTs are based on cat-like characters who have random traits. Just like other similar NFT projects,  some of the NFTs are deemed better than others and are thus, valued more. All Rich Cat NFT holders get a membership to the Rich Cat Nation, which is an exclusive club that provides various benefits.

Rich Cat Nation NFT holders receive benefits such as royalties, NFT airdrops, in-person events, Rich Cat merchandise and more. The Rich Cat Nation project also has plans to release a play-to-earn game in the near future. Each of the Rich Cat NFTs comes with traits such as clothing, headwear, expression and others. The cats are stored as BEP-721 tokens and run on the Binance blockchain. 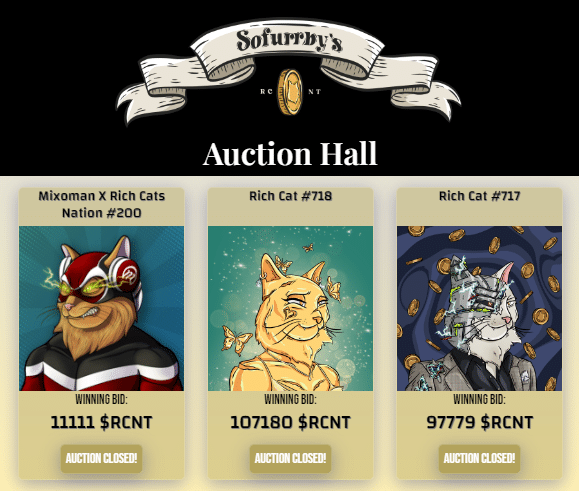 Meta Triad is an NFT collection consisting of 10,000 NFTs, each based on a cyberpunk-themed character. There are three types of Meta Triads – humans, humanoids and hybrids. There is one rare Meta Triad which will remain unassigned as part of a broader storyline. Each Meta Triad NFT holder will be given shares in the Meta Triads marketplace.

The Meta Triad team has announced the development of an aggregator marketplace. Once open, fashion brands will be able to present their clothing items virtually. Meta Triad NFT owners will be given a portion of the income from this marketplace in the form of TRIA, which is the marketplace’s native transactional token.

Meta Triad holders will receive numerous utilities like votes in DAO, which are called the Tribunal. The project aims to act as a marketplace aggregator within the fashion industry and will collaborate with apparel brands. 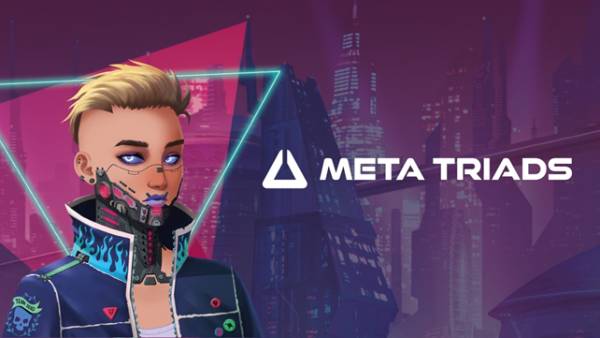 NFTs are the talk of the town in the crypto world. However, many famous NFT projects such as CryptoPunks have been fast losing value. This has forced NFT investors to look at other projects for gaining value. The above projects are some of the brightest prospects in the NFT world, which are primed for future growth.

The 5 best NFT alternatives to Cryptopunks

The TAMA ultra rare NFTs are here – what you need to know!

Why you Need to Know About These Crypto Market Big Movers