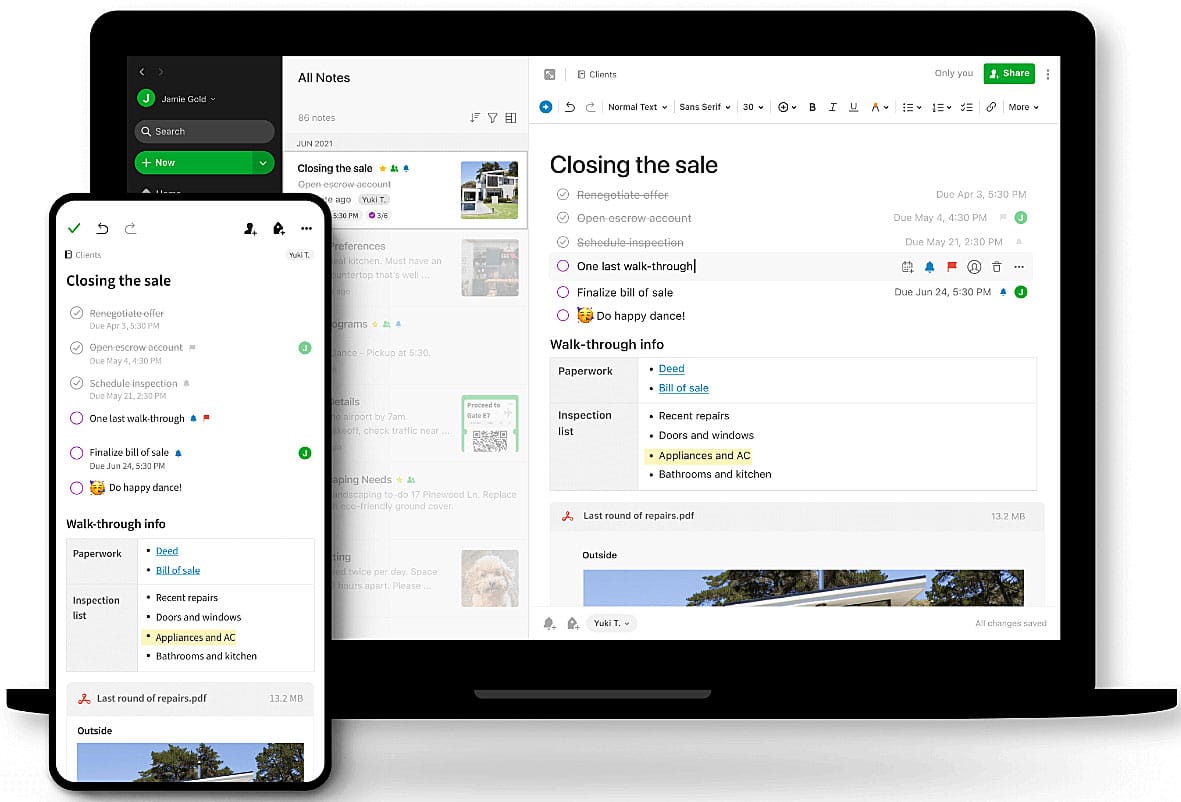 Evernote, the iconic task manager app which was launched 20 years ago, has announced that it’s being bought by Milanese software company Bending Spoons. It’s a somewhat poignant milestone for the company, which was once a darling of the tech industry.

The deal is expected to close early in 2023, and marks the end of a long and changeable history. Evernote was launched in 2020, rapidly making a name for itself as a supplier of web clipping software. At the time, pundits lauded its ease of use and flexibility in storing and retrieving information in a variety of ways.

The company raised hundreds of millions of dollars as it tried to parlay this success into a more long-term trajectory. It introduced additional features in Evernote 3.0 and at one point boasted around 11 million users worldwide. One report in late 2013 put the company on a $915 million valuation.

Having hemorrhaged executives for several years, the company stabilized revenues at around $100 million a year by 2018, with over 250 million users. But the competition was taking its toll. Web based note taking and task management took second place to more comprehensive services geared around teamwork.

Google’s Keep product, with its cross platform ease of use and massive platform user base, offered much of the base functionality without having to deploy another application in corporate offices. Notion also offered significantly better functionality across the mobile arena.

Evernote simply failed to keep up with customer feature needs. Or cut the features that were popular for mysterious reasons. The main gripe, however, seemed to be the bloated and slow nature of the application as the years went on.

The Italian company also has a solid tech stack, with strengths in mobile performance and a solid AI foundation. It raised $340 million two months ago. Evernote may have found a home which can give a new lease on life.

No details have been given about the terms of the deal, but hopefully the takeover will result in only good things for the loyal remaining customers of this veteran software company.