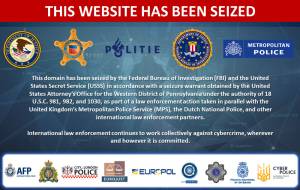 The online spoofing service iSpoof has been seized by the FBI in corporation with law enforcement agencies in the UK, Holland, and Ukraine. The service allowed cybercriminals to scam unsuspecting victims out of millions of dollars. The take down operation is the largest ever fraud investigation in UK history.

Over 100 arrests have already been made and more are coming. Detective Superintendent Helen Rance of the Met police said:

By taking down iSpoof we have prevented further offences and stopped fraudsters targeting future victims. Our message to criminals who have used this website is we have your details and are working hard to locate you, regardless of where you are.

At its peak, iSpoof had 59,000 active users and charged between $180 and $6000 for spoofing services. The services used technology to allow users to mask their phone number and impersonate banks and other trusted services. Then, fraudsters would convince victims to give out their personal details that the criminals would use to steal their money.

The average amount stolen from the 4,785 people that contacted Action Fraud to report the fraudulent calls was $12,000, with one person losing $3 million.

Users of iSpoof believed that they were anonymous. However, investigators gained access to the site and find 70 million rows of data that contained bitcoin payment records. The investigators also found records of people targeted by the fraudsters.

In a somewhat ironic move, the UK police will contact 70,000 people via text message to notify them that they may have been a victim of fraud. Text messages that themselves could be identified as fraudulent or be used to further spoof victims. The UK police have said that any text message received after 25 November is not from them.

It is estimated that iSpoof made over $3.5 million in profits during its operation. Alleged mastermind behind the site, Teejai Fletcher, was said to be living a lavish lifestyle before his arrest in London on 7 November. Fletcher, 34, was taken into custody and charged with making or supplying articles for use in fraud, participating in activities of an organized crime group and proceeds of crime matters. He is due to appear in court on 6 December.