The Next Generation Internet (NGI) initiative has announced its support for the Fediverse and other decentralized technologies. This move is being seen as official European support for a shift away from large centralized social networks like Facebook and Twitter.

A key part of this week’s announcement is the fact that the NGI oversees the research and funding of the future direction of the European internet. Nor does the agency work alone. It has established strong links with US and international agencies to coordinate policies. At the core of this initiative is the Digital Decade project, which aims to set out the region’s goals for the years up to 2030.

It’s no secret that the EU has become increasingly disenchanted with the wild west approach that governs today’s internet services. Front and center has been the fight for better privacy provisions for citizens, spearheaded by the GDPR regulations. In January of this year, the Commission proposed a ‘solemn declaration on digital rights and principles for the digital decade.’

These include protecting people’s rights, freedom from harmful content, a universal digital franchise and sustainability. These rights, which the Commission seeks to enshrine in the region’s digital strategy over the coming years, include less centralized power in the hands of big tech. Hence the latest declaration.

By singling out the Fediverse and applications like Mastodon, the EU is re-affirming its commitment to a more open and decentralized Internet. The statement details exactly what this will mean.

A key ingredient in the ‘social’ space is a standard called W3C ActivityPub, produced by the World Wide Web Consortium. ActivityPub allows one to have one’s own presence on the so-called Fediverse and actually to own your presence as a user – you can set up under your own internet domain, determine your own policies and community rules, establish your own privacy settings, and use the same account everywhere to interact with others.

The statement also mentions other Fediverse applications such as PeerTube, Pixelfed, Lemmy and Owncast, each of which offers a clear demonstration of the power of a decentralized internet experience. They are also each funded to a degree by the huge EU funding ecosystem, including the massive Horizon 2020 fund.

Of course, it’s one thing to be funded, and another to actually be used. Most of the smaller Fediverse applications are lucky to see user numbers in the hundreds or thousands. The recent Twitter exodus propelled Mastodon into the millions, and PeerTube has been steadily growing its use and content base, but these are currently exceptions. At least for now. 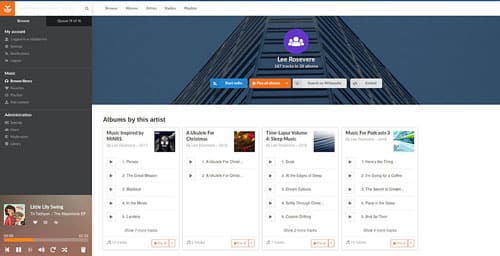 Much of the inertia comes from the fact that the incumbent commercial rivals have a built in advantage of a huge US user base with a common language. The EU features many languages and cultures, and differing levels of internet connectivity. This makes it harder for digital applications to reach critical mass.

There is hope for the decentralized web, however. The US and EU have increasingly been acting in concert to tackle issues such as online abuse, privacy and anti-competition. Many of the current legal and legislative actions against companies such as Google and Facebook have benefited from joint international support.

For this reason, it may turn out that the Fediverse becomes a Web3 standard, which could dramatically change the whole internet landscape. In the meantime, supporters of a more benevolent internet will applaud the NGI support, and its current funding for over 700 disparate open applications and services across the technology space.