vpn use in chinese protests
Software 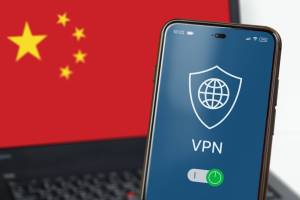 The Chinese Communist Party outlawed the used of unauthorised Virtual Private Networks (VPNs) in 2017. Since then, VPN use habits in the country have only increased. Much to the dismay of authoritarian officials.

As protests in China rise up across the country, taking control of the spread of information has become a priority for the party. VPNs can be used to bypass Internet controls imposed by governments and make Internet browsing and file sharing anonymous.

Police are checking devices for VPN use

There are reports that Shanghai police are using low-tech solutions to combat the anti-censorship tool. Videos are circulating online reportedly showing Shanghai police stopping and searching people’s phones for signs of VPN use and foreign social media apps.

Check out the best cheap VPNs

All our VPN servers are up and running

We asked a popular VPN service in China how their service was holding up against the government crack-down.We’ve had to anonymize them for the sake of this article (and their own protection), but their spokesperson said:

China has been blocking VPN providers years back and so far no major issues with our service. Our proprietary protocols can hide the VPN on normal Internet connections so it’s generally difficult to detect. Our internal teams are always aware of the situations and our dev teams are working hard to make sure our VPN services will work great in China. As of current situations in China, all our servers are up and running when being used in China.

The unprecedented protests in China are the result of strict Zero-Covid policies that have seen millions of people locked down. There have been isolated protests against the unpopular policy and Xi Jing Ping continuing his leadership into a third term but it wasn’t until a fire took the lives of 10 people in Xinjiang that they spread across the country.

A never-ending battle between censorship and freedom off information

People blame the deaths on emergency services being hindered by road blocks that were designed to stop people travelling and spreading Covid and people being chained inside their building. Accusations that the CCP say are not true. In response, many Chinese people responded sarcastically with the phrase “OK” before being censored by Chinese social media platforms such as WeChat.

The CCP are doing everything they can to stop the spread of information, including beating and arresting journalists. The UK Government has summoned the Chinese ambassador due to the treatment of a BBC correspondent covering the protests in Shanghai. This is new ground for the CCP. This is the first time they have faced mass protests in Mainland China in the Internet age. For every piece of technology that can be used to censor information, there is one that can make it available.