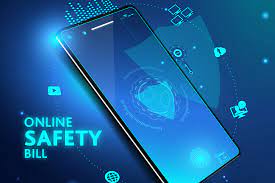 Sections of the Online Safety Bill that would have forced giants such as Facebook, TikTok and Twitter to censor harmful content have been replaced with amendments that do not impose on free speech.

The sections that were removed required “the largest, highest-risk platforms” to remove content that was harmful to adults but still legal. This would have forced the likes of YouTube and Facebook to remove content such as eating disorders, self-harm and misogyny.

Much to the relief of tech giants and free-speech champions this requirement was removed and replaced with making the platforms provide functionality to allow adult users to filter out harmful content that they do not want to see. However, tech giants would still be required to protect children. It is not clear how platforms are supposed to do either of these things, as it requires tech companies to monitor communication between users which could be end-to-end encrypted.

Kir Nuthi, a senior policy analyst at the Center for Data Innovation said:

The Online Safety Bill has noble goals but profound flaws. There is currently no way for online services to provide end-to-end encryption and monitor the content of encrypted communications. If the Online Safety Bill passes as is, we can expect online services to either leave the UK or weaken the security protections users have come to expect. Either outcome would undermine UK Internet users’ overall online safety and stifle free expression.

The Center for Data Innovation suggested that encrypted traffic is removed from monitoring requirements. In addition, instead of forcing tech giants to moderate content, more funding is given to law enforcement agencies to investigate and prosecute users who engage in spreading illegal and harmful content online.

However, European governments seem keener on passing the buck of responsibility to platforms. Ms Donelane explained:

These are massive, massive corporations that have the money, the knowhow and the tech to be able to adhere to [the Online Safety Bill].

As always it seems there is a disconnect between what government regulators seem to understand about the tech they want to regulate and the actual capabilities and implications of the regulations. We expect there to be more changes and amendments over the year and further debate on the fine line between safety and restrictions to freedom when it comes to online content.