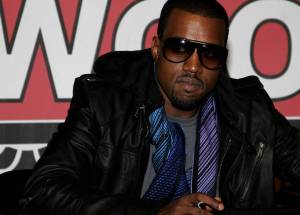 Parlement Technologies, the parent company of Parler have announced that the deal between them and Kanye West to buy the social media service has ended with mutual consent. In October Kanye West, who also goes as Ye, put a bid on Parler after being suspended on Twitter and Instagram for antisemitic remarks. Ye wanted to buy the platform to ensure that conservative voices were heard. At the time he said:

In a world where conservative opinions are considered to be controversial, we have to make sure we have the right to freely express ourselves.

How buying Parler would have any real impact on that is unclear as Parler is already well known to be a safe haven for right-wing conservative views. The deal, which was confirmed only in principle with Parler has now fallen through for undisclosed reasons. While we don’t know why, a tweet from Parler stated that the decision was made mutually mid-November.

In a desperate attempt to stay relevant, after the news broke that he would not be buying Parler, he went on an “edgelord” rampage proclaiming his love for Nazis and Hitler in an interview with Alex Jones. The comments were even too much for the notorious right-wing host who tried to give Ye an escape route, asking if what he really meant was that he loved the uniforms and nothing else. Ye doubled down and said:

No, there are a lot of things I love about Hitler.

He then challenged Elon Musk on his free speech convictions by sharing a swastika on Twitter. For which he was swiftly blocked… It’s sad to see this sort of controversy from such a prominent celebrity.