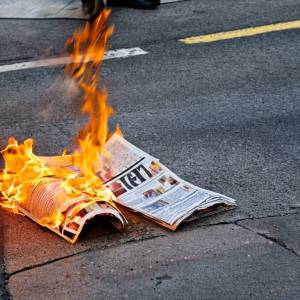 Facebook parent company Meta argues that if congress passes the Journalism Competition & Preservation Act, they could be forced to remove news from Facebook altogether.

The bill proposes to allow news outlets to negotiate with platforms over the terms and conditions of how the content is used, which could result in platforms owing compensation.

Meta strongly opposes the bill and put out a statement saying,

If Congress passes an ill-considered journalism bill as part of national security legislation, we will be forced to consider removing news from our platform altogether rather than submit to government-mandated negations that unfairly disregard any value we provide news outlets through increased traffic and subscriptions. The journalism Competition and Preservation Act fails to recognise the key fact: publishers and broadcasters put their content on our platform themselves because it benefits their bottom line – not the other way around.

Still, others say Facebook’s platform is unfair because news content shared on its platform generates clicks and user interest that Facebook uses to make billions in ad revenue while news outlets go bankrupt.

The government creating a cartel-like entity which requires one private company to subsidize other private entities is a terrible precedent for all American businesses.

The makers of the bill argue that it would ensure that platforms don’t violate antitrust laws when they negotiate with platforms on how they amplify or hide content. They also say that the bill will stop platforms from competing against news outlets.

Critiques of the bill say that it could force news outlets to charge platforms for sharing their content, but the bill makers say that it shouldn’t affect spending and revenue.

However, after a similar law was introduced in Australia, Facebook was forced to negotiate payments with Australian news outlets. At that time, Facebook threatened and, in fact, did remove news from the platform — albeit only briefly.

More a Matter of Principle Than Profits

For Meta, it seems like this is more a matter of principle than profits. In 2021, news on the platform only accounted for 4% of the content people see in their News Feed.

At the time, William Easton, Managing Director of Facebook Australia and New Zealand, wrote on the Meta website:

Journalism is important to a democratic society, which is why we build dedicated, free tools to support organizations around the world in innovating their content for online audiences.” Easton also said that news outlets disproportionality benefit from Facebook with 5.1 billion free referrals to Australian publishers worth an estimated AU$407 million.

After all, Facebook did start paying Australian news outlets after initially removing news, but obviously, America is a different battleground.